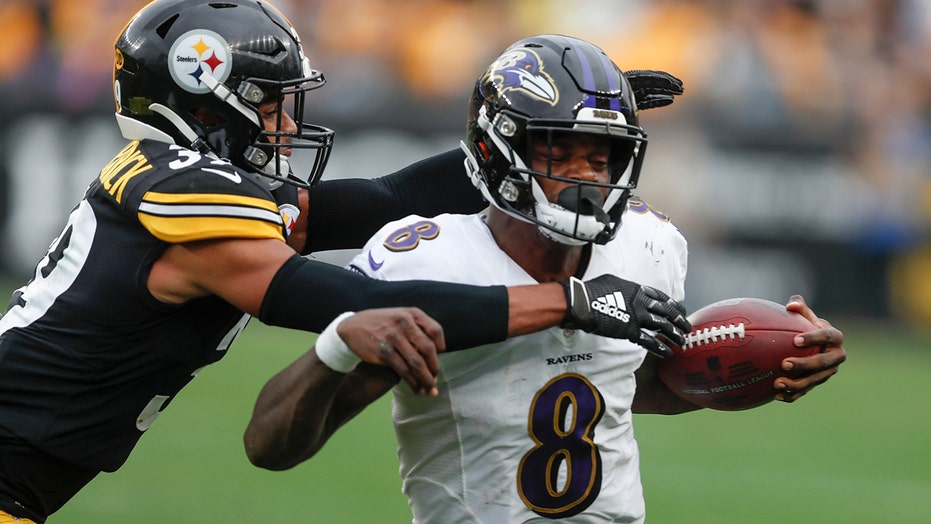 Baltimore Ravens quarterback Lamar Jackson was in a scary collision with a photographer on the sidelines of a game against the Pittsburgh Steelers on Sunday.

Jackson ran out of bounds to avoid getting clobbered by Steelers defender Stephon Tuitt when the defender pushed Jackson, causing the quarterback to run right into the photographer.

The second-year quarterback then ran back over to help the woman up.

It did not appear that Jackson nor the woman were injured on the play.

Jackson finished the game 19-for-28 passing with 161 yards, a touchdown and three interceptions. He also had five sacks in the game. He also added 70 rushing yards on 14 carries in the game. His 14 carries were the most attempts since the team’s Week 2 win over the Arizona Cardinals.

It was one of the worst games Jackson has had this season after completely slaughtering the Miami Dolphins in the first game of the season. The three interceptions and five sacks in the game were the most he has recorded all-season long.

Jackson has 11 touchdown passes on the season and five total interceptions. He also has 1,271 passing yards this season.

Baltimore pulled out the win, 26-23 in overtime.