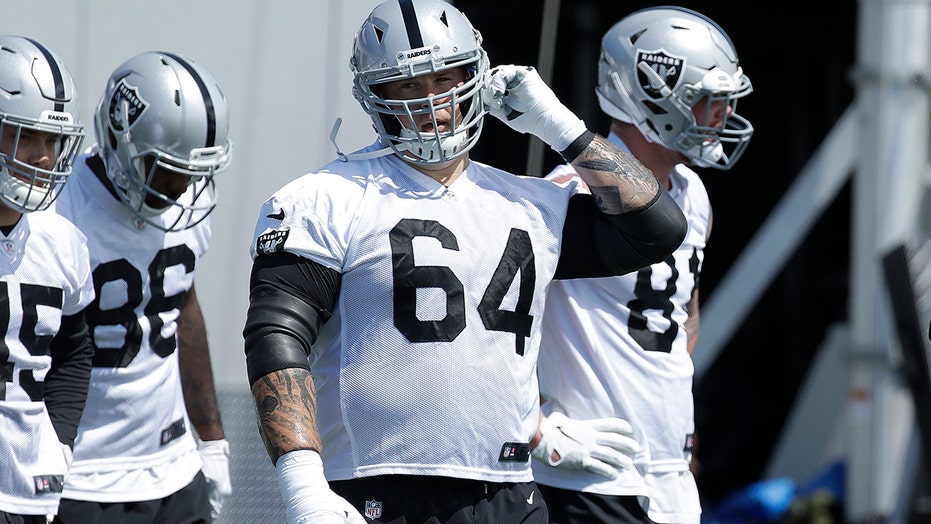 Oakland Raiders offensive lineman Richie Incognito was the subject of some scrutiny -- again -- following the team’s shocking win over the Chicago Bears in England on Sunday.

Incognito received an unnecessary roughness penalty in the first quarter because he was seen pushing Bears cornerback Buster Skrine’s face into the ground after a running play. He was penalized for the move, which took Oakland out of field-goal range early in the game.

The dirty play came one week after Raiders linebacker Vontaze Burfict hit Indianapolis Colts tight end Jack Doyle with the crown of his helmet. Burfict received a season-long suspension for the hit.

Incognito was suspended for the first two games of the season over off-the-field issues.

The Raiders won the game, 24-21. Incognito told reporters after the game that Bears linebacker Khalil Mack and the rest of the defense didn’t like getting physical.

“Of course we take that personally,” he said. “[Mack] was talking about how he was looking forward to playing us and all that stuff. There’s history. We came out, and we were physical with him, and they didn’t like it.”