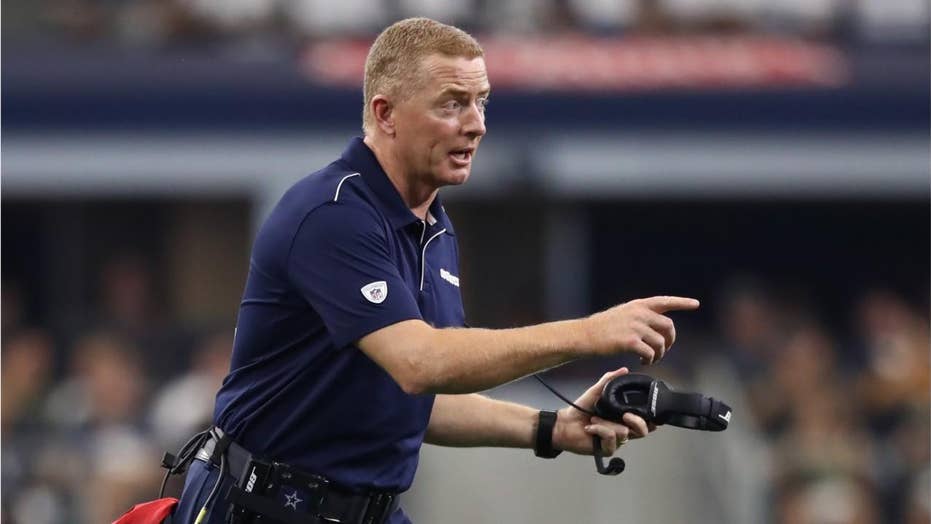 Dallas Cowboys owner Jerry Jones took a shot at a referee after the team’s loss to the Green Bay Packers on Sunday.

Side judge Scott Edwards threw a flag on Cowboys head coach Jason Garrett for unsportsmanlike conduct. According to the Dallas Morning News, pool report referee Ron Torbert said the penalty was for “abusive language toward an official.” Jones appeared to be befuddled over the response.

“Oh, I hope the little darling didn't hear something he hadn't heard before,” Jones said, according to ESPN. “We should all stop the wheel over that if he got [a penalty for] abusive language.”

The interaction between Garrett and Edwards came in the third quarter after Cowboys wide receiver Amari Cooper was ruled out of bounds on a catch he appeared to have made. Garrett was forced to use a challenge and the call was overturned.

“We had already challenged a potential pass interference earlier [and] you know in that situation you have to use the flag to get the call corrected and you're not going to have one for later in the game,” Garrett said after the game. “Obviously, I didn't handle that situation as well as I should have. I knew we were going to get the play because I saw it and unfortunately we had to use that flag there. And he made the decision to throw a flag on me.”

Garrett also took issue with a pass interference penalty that was called on Anthony Brown earlier in the quarter, for which he also threw a challenge flag.

“The standard is very high for them to overturn,” he said. “That was more of a situational challenge. I don't think it was pass interference. If I thought it was pass interference I wouldn't have thrown the flag, but understanding the standard is high because of the situation, you have to give yourself a chance. ... Oftentimes when you slow it down, things look a little more magnified than they are. I know it's hard to get those things overturned, but it's too big of a play not to do it.”

Green Bay ended up winning the game 34-24, despite a fierce comeback from Dallas.