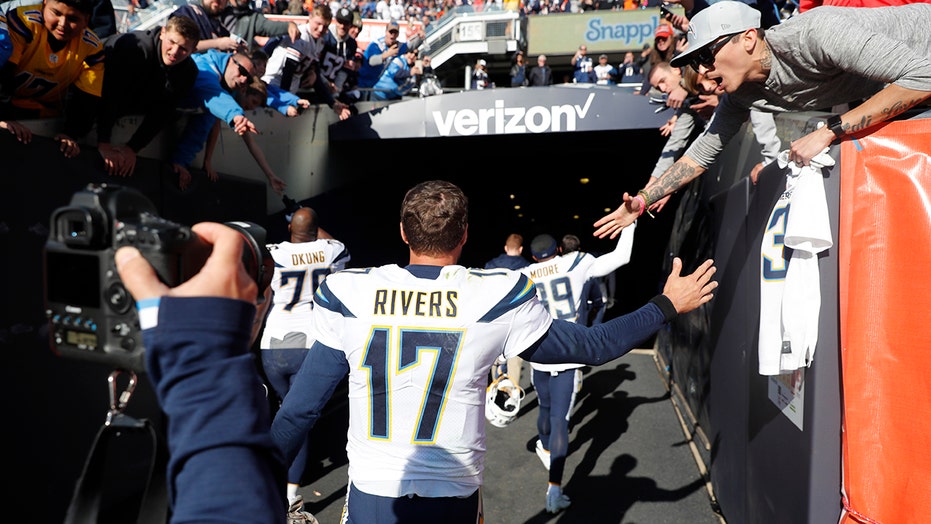 Philip Rivers and the Los Angeles Chargers announced Monday they agreed to mutually part ways, ending the quarterback’s 16-year run with the organization.

The announcement came in wake of a report that he and his family were moving from the Southern California area to Florida.

“I am very grateful to the Spanos family and the Chargers organization for the last 16 years,” Rivers said in a statement on the team’s website. “In anything you do, it's the people you do it with that make it special. There are so many relationships and memories with coaches, support staff and teammates that will last forever, and for that I am so thankful.

“I never took for granted the opportunity to lead this team out on to the field for 235 games. We had a lot of great moments, beginning in San Diego and then finishing in LA. I wish my teammates and coaches nothing but the best moving forward.

“I'm not sure what the future holds, but my family and I look forward to seeing what God has planned for us next.”

Rivers is one of the best quarterbacks to have ever played for the Chargers. He has started in every game since taking over as the starting quarterback during the 2006 season. He made eight Pro Bowl appearances and was the 2013 AP Comeback Player of the Year. However, the Chargers never made it to the Super Bowl with Rivers as the quarterback.

The Chargers, then in San Diego, traded Eli Manning to the New York Giants for Philip Rivers in the 2004 NFL Draft. In 228 games, he threw for 59,271 passing yards and 397 touchdowns.

“Through 16 seasons, 224 consecutive starts and more 'dadgummits' and 'shoots' than any of us can count, not only has Philip Rivers been our quarterback, he's been the heart and soul of our organization,” team owner Dean Spanos said in a statement. “He wore a bolo tie and cowboy boots to games. He introduced us to 'Nunc Coepi.' He always went out of his way to interact with the fans, and he even made fans of nuns. Over the years, I think he broke just about every team record in the book and, simply put, it was just fun to watch him play football.

“There's only one Philip Rivers, and we've been fortunate to call him our QB1 for the better part of two decades. We cannot thank Philip enough for giving it his all on every single down and for the memories he created that will last a lifetime.”