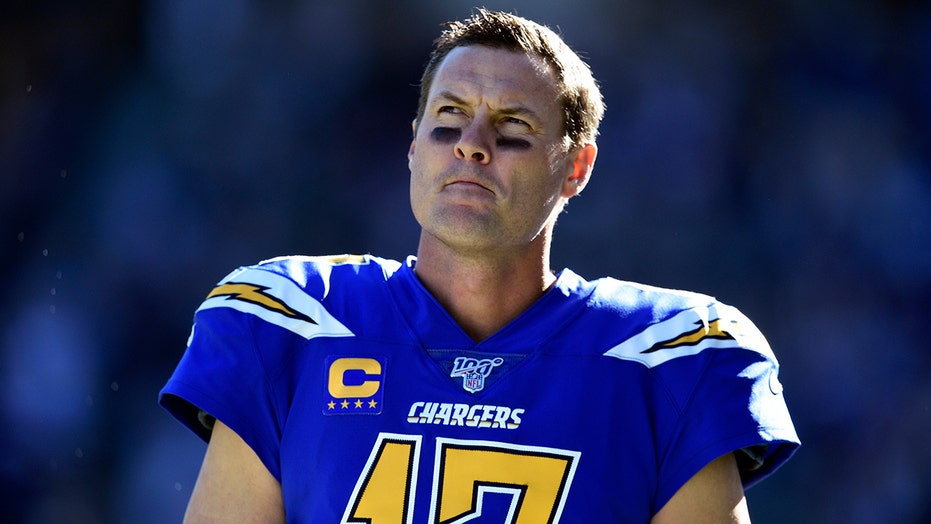 Philip Rivers on Sunday lamented the lack of Los Angeles Chargers fans at Dignity Health Sports Park for the team's final home game of the 2019 season.

The Chargers’ stadium has been notorious for being friendlier to the visiting team since the franchise moved from San Diego and began playing games at the home of Major League Soccer’s Los Angeles Galaxy in Carson, Calif.

“Being someone that remembers what it used to be like at home games, it’s pretty bad," Rivers said after the 24-17 loss to the Oakland Raiders. “So, again, you appreciate the Chargers fans that are out there. It’s disheartening to say the least.”

The Chargers will join the Los Angeles Rams in the state-of-the-art SoFi Stadium in Inglewood for the 2020 season. Whether Rivers is the team’s starting quarterback is an open question.

Rivers, 38, is set to become a free agent but has said that he wants to play football next season.

“I'm capable enough physically and mentally, there's no question,” Rivers said, according to ESPN. “Yes, I do want to play football. I do, and that's how I feel deep down as I stand here.”

He added that he will discuss the idea of playing in 2020 with his family before making a final decision.

“There's a lot of factors. There's a personal side and family side to mine. I'm going to have a daughter in college as well, too. So time is ticking, and I've got a sixth-grade son that I've got to get ready to coach at some point, so there's all kinds of factors.

With one game remaining in the season, Rivers has 4,334 passing yards, 21 touchdown passes and 18 interceptions. He hasn’t missed a game since taking over as the starter in 2006. Los Angeles is 5-10 this season.