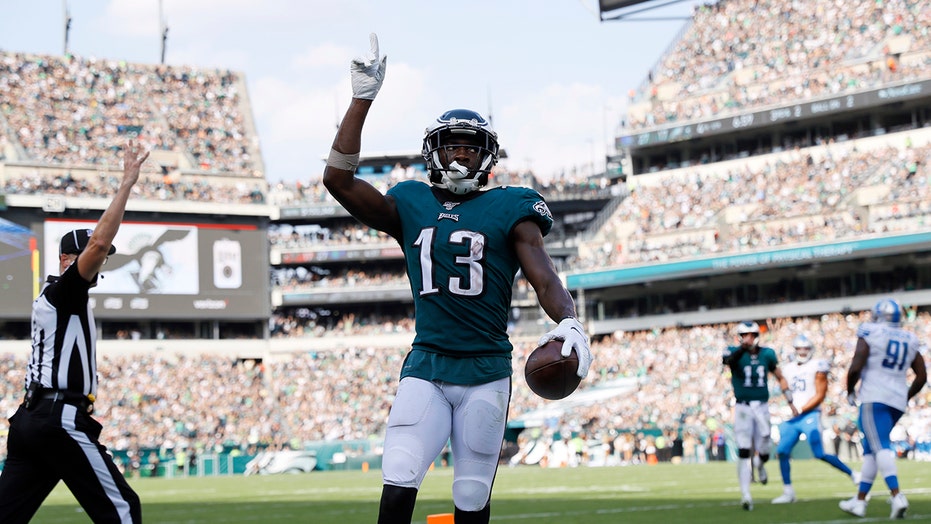 A Philadelphia man who said he was helping with a dramatic rescue during a building fire took a shot at Philadelphia Eagles wide receiver Nelson Agholor during an interview.

Hakim Laws told CBS Philadelphia on Monday he was helping first responders helping get residents out of a burning building.

“I see a guy hanging out the window screaming that his kids were in there,” Laws, a former firefighter, told the station. “My man just started throwing babies out… and we were catching them, unlike Agholor and all his mishaps.”

At least three people were hospitalized after the fire, according to CBS Philadelphia.

Agholor has face the brunt of Eagles’ fans frustrations through the first three games of the season.

In Sunday’s loss to the Detroit Lions, he was targeted 12 times and had eight receptions for 50 yards and two touchdowns. However, he had a crucial drop in the team's 24-20 loss to the Atlanta Falcons in Week 2.