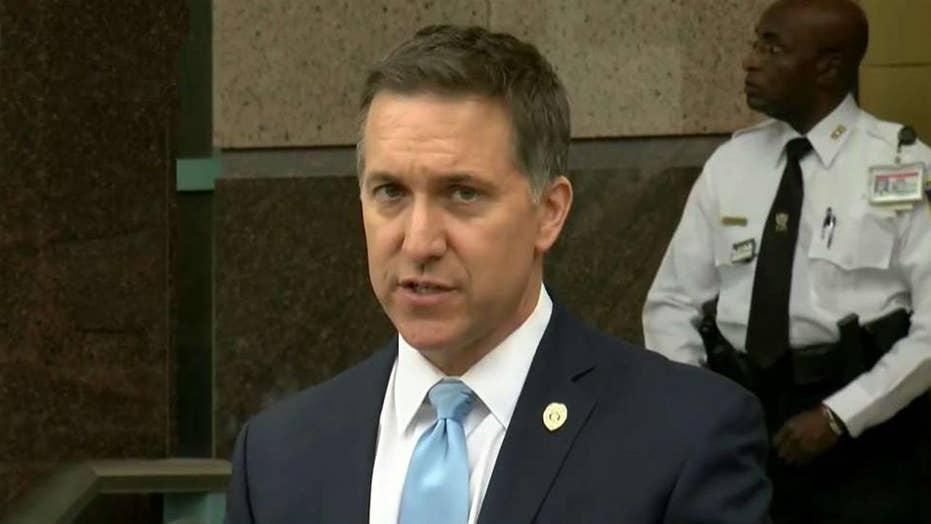 New England Patriots owner Robert Kraft, recently charged with two counts of soliciting a prostitute at a spa in Florida, was allegedly at that spa on the same day his team competed in the AFC Championship game in January, according to prosecutors.

Kraft, 77, was captured on surveillance video at the Orchids of Asia Day Spa in Jupiter on Jan. 19 and Jan. 20, charging documents released by the Palm Beach State Attorney's Office on Monday stated.

On Jan. 20, the billionaire allegedly entered a room at the spa, hugged a woman inside and removed his clothing before laying face up on a massage table. At 11:02 a.m., the woman began "manipulating" Kraft's genitals, which continued "for several minutes," the affidavit from Jupiter Police read.

"After a few minutes, [the woman] wiped Kraft in the area of his genitals with a white towel, helped him get dressed and hugged him again," officials said. Kraft gave the woman a $100 bill and another bill before leaving around 11:13 a.m., according to prosecutors.

On the same day Kraft allegedly engaged in that encounter, the Patriots competed in the AFC Championship game in Kansas City, Missouri. Kraft attended that game.

Dave Aronberg, state attorney for Palm Beach County, said Kraft — who was charged with two misdemeanor counts of soliciting prostitution — will be issued a summons similar to a traffic ticket and assigned a day to appear in court.

Most people charged for the first time with soliciting are eligible for a diversion program under which they pay a small fine, perform 100 hours of community service and attend a class where they learn about the dangers of prostitution and how it is often tied to human trafficking.

Kraft is one of hundreds of men charged in recent days as part of a crackdown on prostitution occurring in massage parlors between Palm Beach and Orlando. Ten spas have been closed.

Aronberg at a news conference on Monday steered away from Kraft's case specifically and spoke about human trafficking. No human trafficking charges have been filed against Kraft or any of the other defendants connected to the massage parlors.

"These cases aren't about any one defendant or any group of defendants," he said. "The larger picture which we must all confront is the cold reality that many prostitutes in cases like this are themselves victims, often lured into this country with promises of a better life only to be forced to live and work in a sweatshop or a brothel, performing sex acts for strangers."

Aronberg noted that Florida has particularly severe punishments for human trafficking and allows the workers to be treated as victims if they cooperate, and said the federal government can offer visas for victims who are foreign nationals if they cooperate.

A spokesperson for the Patriots said in a statement on Friday that the team "categorically [denies] that Mr. Kraft engaged in any illegal activity. Because it is a judicial matter, we will not be commenting further."

The NFL added: "The NFL is aware of the ongoing law enforcement matter and will continue to monitor developments."