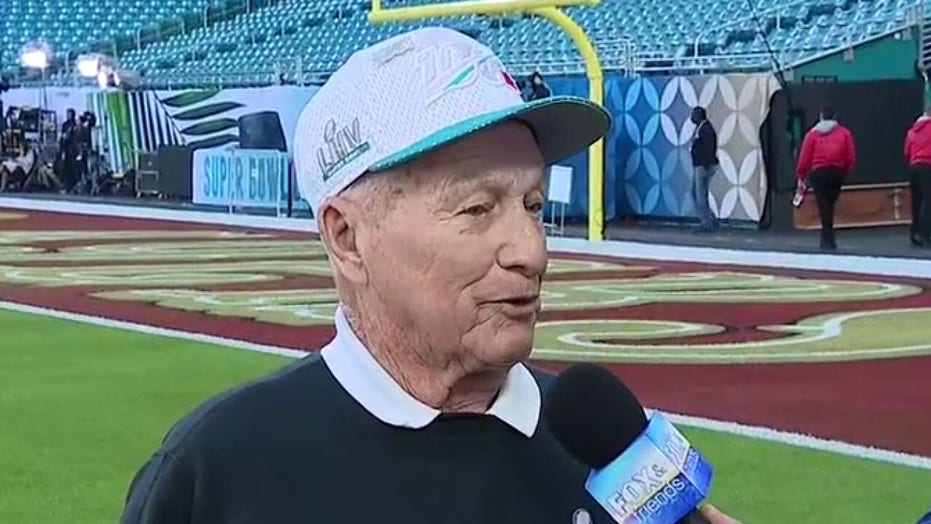 Pete Hegseth talks to George Toma on the field at Hard Rock Stadium.

Mahomes, 24, led the Chiefs to a comeback victory in the fourth quarter against the 49ers. He threw two touchdown passes – one to Travis Kelce and one to Damien Williams to – in the quarter to help Kansas City overcome a 10-point deficit.

He finished the game 26-for-42 with 286 passing yards, two touchdown passes, a rushing touchdown and two interceptions. It was his first two-interception game since his battle with the Los Angeles Rams last season.

Mahomes told Fox Sports broadcaster Terry Bradshaw that he was “going to Disney World” after winning the Super Bowl MVP.

Mahomes becomes the first person to win an NFL MVP, Super Bowl ring, Super Bowl MVP and make the All-Pro team before his 25th birthday. He is the second-youngest quarterback to win a Super Bowl – behind Ben Roethlisberger who won it when he was 23.

It’s the first time the Chiefs have won the Super Bowl since 1970. Len Dawson was the MVP of that Super Bowl. In comparison, Dawson was 12-for-17 with 142 passing yards, a touchdown pass and an interception.