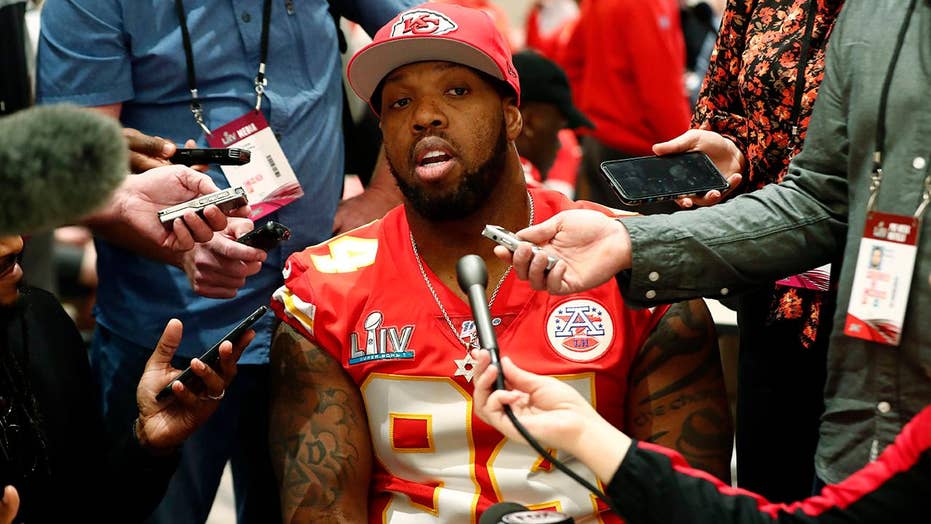 Players and coaches from the San Francisco 49ers and Kansas City Chiefs field wide-ranging questions from the media in Miami.

Mahomes signed a four-year, $16.4 million contract when he came into the league and still has one more year left on the deal in which he will be paid $750,000. He is earning $645,000 this season. On the possibility of re-signing Mahomes after Super Bowl LIV, Hunt said he could wait before extending him.

“There will be a right time sometime in the next 12 to 15 months to extend Patrick, and when I say right time, I mean right time for both the player and the club,” Hunt said, according to ESPN. “I don't want to say necessarily it has to be this offseason, but I will say that it's a priority to get him done.

“I hope Patrick is here for his entire career, and that's going to be our goal.”

The Chiefs could even prolong things even further by exercising the team’s fifth-year option on Mahomes.

The star quarterback was asked Wednesday about Kansas City and what makes the city special, according to the Kansas City Star.

“It was the people,” he said. “The people are what really drew me to Kansas City, and what I hope I get to play there the rest of my career there now.

“Just the people and how [they] accept you and how they care more about you as a person than they do as a player. And how much passion they have for the Chiefs, it’s special and it’s somewhere where I want to be for the rest of my career.”

Mahomes, who already has an MVP and an All-Pro and Pro Bowl selection, is looking to add to his trophy case with the Lombardi Trophy come Sunday.