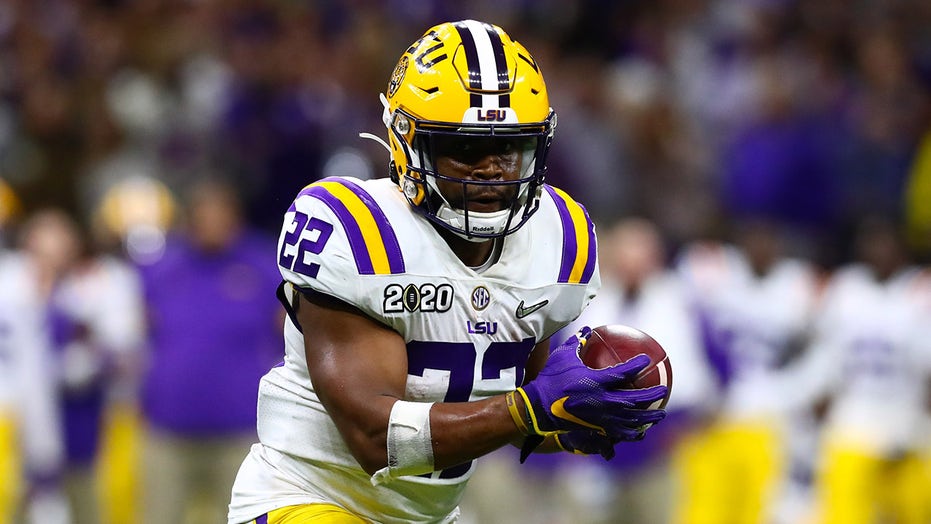 Former LSU running back Clyde Edwards-Helaire can thank Kansas City Chiefs quarterback Patrick Mahomes for his role in helping him land the No. 32 pick in the 2020 NFL Draft.

While speaking to reporters Friday, Mahomes revealed that General Manager Brett Veach unexpectedly texted him after the draft started to ask him what three players he would want on the team -- and Edwards-Helaire was the first name the Super Bowl Champ mentioned.

“I wanted to add to the offense, obviously to help me out and to help our team out. So, Clyde was the first name that came to mind and I know we have a great running back room already, so I think just bringing him in, I know he’ll fit right in and he’ll compete,” Mahomes said, according to Chiefs Wire.

“I think the first thing that stood out from Clyde is when the competition and the games got bigger, it seemed like he played better,” he continued. “I always like guys that can rise to the competition, and whenever you’re on the biggest stage, you play your best football, and you rise up and compete with your team.”

But for Mahomes, Edwards-Helaire offers more than just an advantage on the field.

“You can tell he’s a high-character guy,” Mahomes added. “He loves football.”