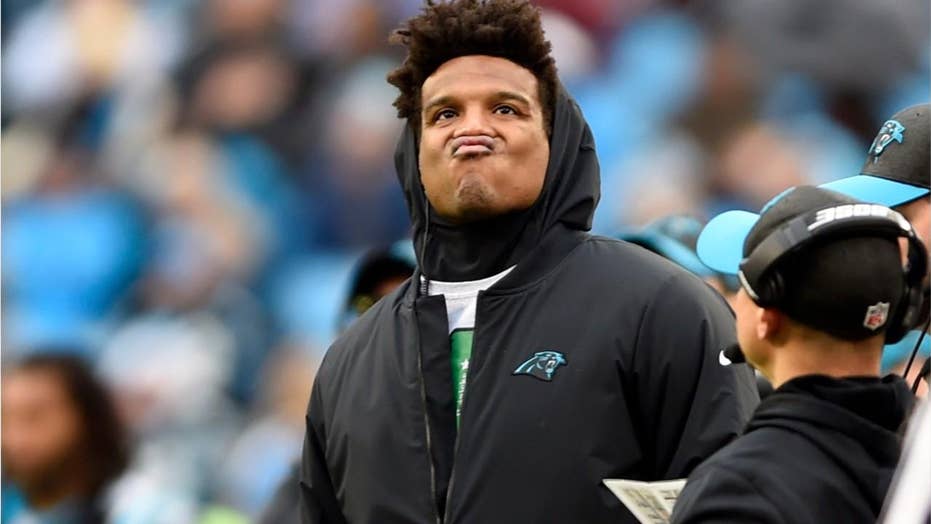 Newton became the face of the Panthers when he was drafted No. 1 overall back in 2011.

He led Carolina to three straight NFC South titles from 2013-15, and a Super Bowl appearance during the 2015 season when he was awarded NFL MVP. He also earned three Pro Bowls in nine seasons.

"Cam has meant a lot to this organization and the Carolinas," general manager Marty Hurney said in a statement. "Everyone saw his performances on the field. I had the privilege of seeing how hard he worked off the field, and his commitment to this team when no one was watching.”

According to the NFL Network, the Panthers tried to trade Newton to the Chicago Bears and Los Angeles Chargers, but neither team was willing to make a deal. The Bears traded with the Jacksonville Jaguars for quarterback Nick Foles, and after the Chargers lost out on Tom Brady, they turned their focus to the incoming quarterback class in the 2020 NFL Draft.

The Panthers released Newton in part because they signed quarterbacks Teddy Bridgewater and P.J. Walker in recent days.

Newton had previously stated he never wanted to leave Carolina. When Carolina announced last week they were letting the quarterback seek a trade, Newton wrote on the Panthers' Instagram comments section it wasn't his doing.

“Stop with the word play,” he wrote. “There is no dodging this one. I love the Panthers to death and will always love you guys. Please do not try and play me or manipulate the narrative and act like I wanted this, you forced me into this.”

“He's the ultimate competitor and it physically hurts him to lose,” Hurney added. “He willed this team to victory on many occasions and will always be considered one of the greatest players in the history of this franchise. His contributions to this team, this community and the game of football will leave a lasting impact on our organization."