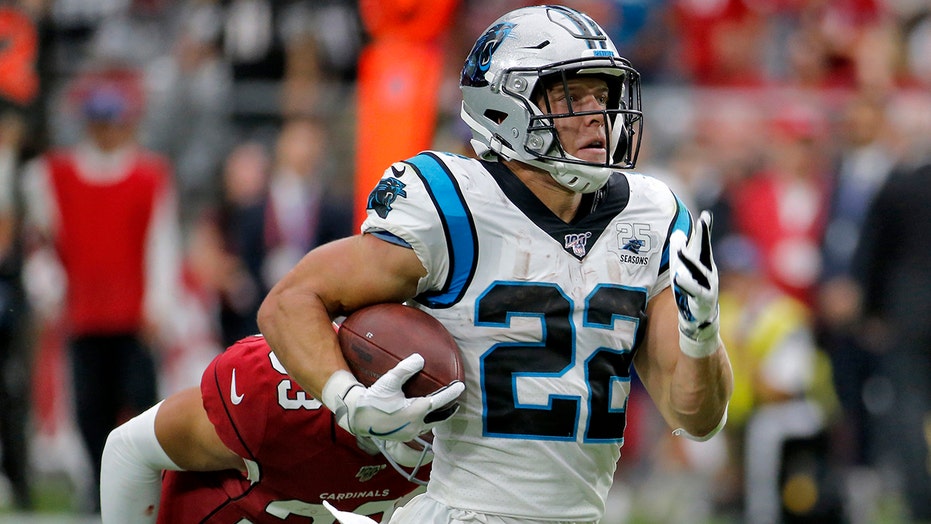 Carolina Panthers star Christian McCaffrey made a ridiculous bobbling catch in the fourth quarter of Sunday’s win over the Houston Texans.

McCaffrey was targeted early in the fourth quarter of the game on a pass from quarterback Kyle Allen. The running back tipped the ball to himself and slid for the first down.

McCaffrey put together a huge game against Houston.

He rushed for 93 yards on 27 carries and had a touchdown. He also led the team with 10 receptions for 86 yards, recording more than 150 total yards.

Allen picked up his third straight win as a starting quarterback, helping the Panthers to a 2-2 record in Cam Newton’s absence. Allen has started both wins this season and also started a game the Panthers won last season.

Houston falls to 2-2 with the loss.

Carolina plays the Jacksonville Jaguars on Sunday. Houston has a date with the Atlanta Falcons.