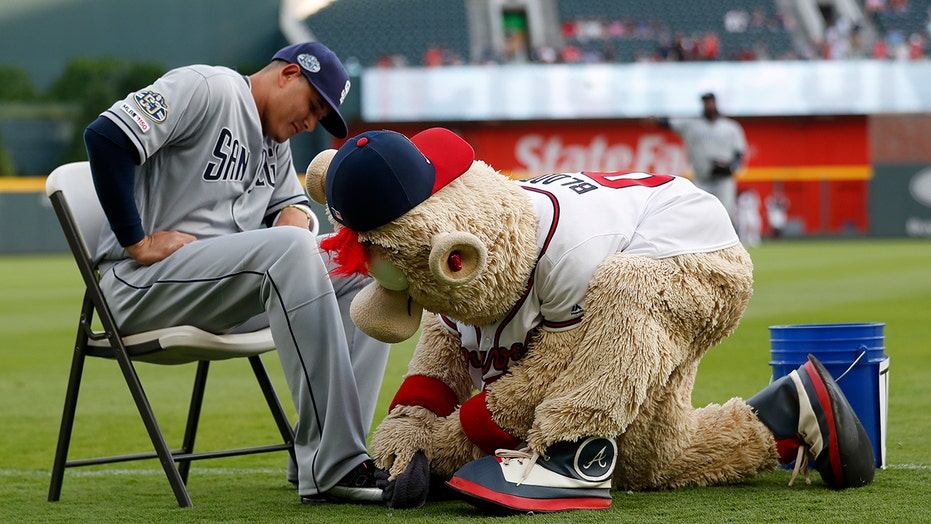 After a back-and-forth between Machado and Blooper on Monday and Tuesday, things between the pair got more hectic when the mascot asked the highly touted third baseman for an autograph.

Machado signed his name in the space where Blooper was pointing toward. However, Blooper removed the autographs to reveal the board he was holding was actually a giant $300 million check.

On Thursday, the Padres star took matters into his own hands. Machado took the check back from Blooper before their game and ran into the dugout.

Their hilarious feud started in the National League Division Series when Machado was on the Los Angeles Dodgers. The infielder didn’t appear to want to play leapfrog with Blooper and the mascot was left in shock.

On Monday, Machado used the oldest trick in the book on Blooper. On Tuesday, Blooper made a peace offering to Machado by shining his cleats before their game.

Since then, their rivalry has gone on its own path.

The Padres and Braves split the series. The two teams will see each other in July – after the All-Star break.