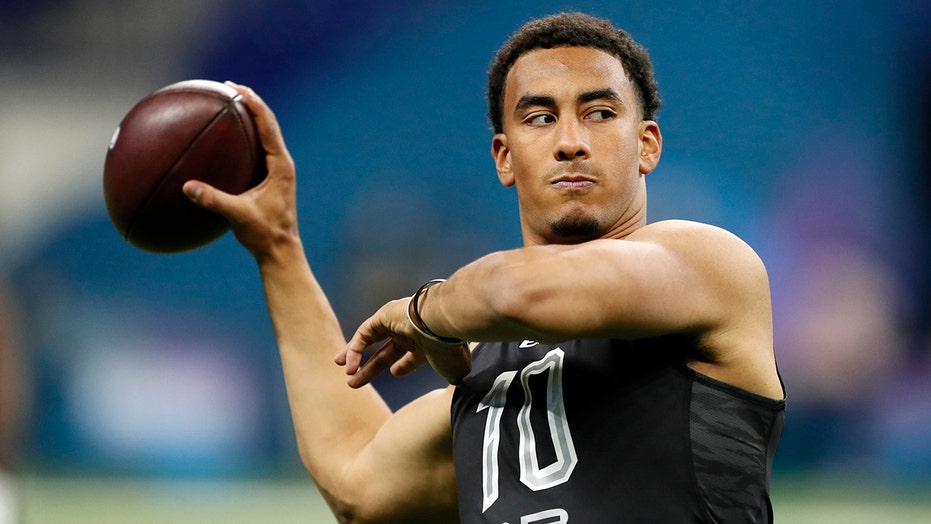 Green Bay Packers draftee Jordan Love said Friday night he talked to Aaron Rodgers nearly a day after he was selected in the first round of the NFL Draft, raising the eyebrows of almost every fan of the team.

Love, the former Utah State quarterback, was taken with the No. 26 pick of the 2020 draft. Many believe it put Rodgers on notice, but Love said when talked to him, that didn’t appear to be the case.

“I was able to talk with him earlier,” Love told the ABC broadcast of the draft. “Really good guy. Just congratulated me, and I was just letting him know that I was excited to be able to work with him.”

Love appears to be the heir to Rodgers’ throne as quarterback, with Rodgers having two years remaining on his deal in Green Bay. It’s the same position Rodgers was in when the Packers selected him in the first round in 2005.

However, Packers General Manager Brian Gutekunst told reporters Thursday night he still has support for Rodgers, according to Packers.com.

“Aaron's been around a long time and knows what we're playing for right now,” Gutekunst said. “We have the best quarterback in the National Football League and we plan to have him for a while competing for championships.