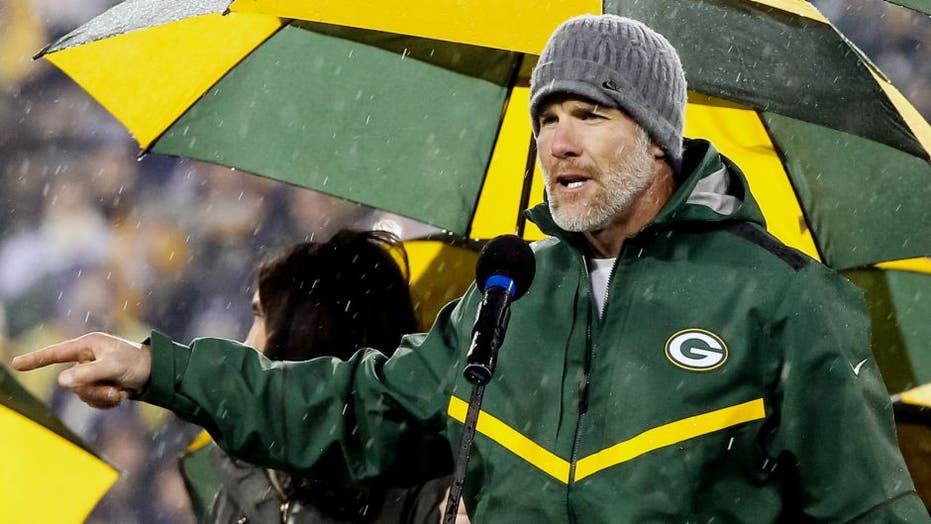 If anyone has authority to speak on the Jordan Love-Aaron Rodgers controversy, it’s former Green Bay Packers quarterback and Pro Football Hall of Famer Brett Favre.

After selecting the former Utah State quarterback with No. 26 overall pick, the Packers left fans questioning Rodgers' standing as starting QB with just two years left in his contract.

PACKERS’ DRAFT SELECTION MAY BE EYE-OPENER FOR AARON RODGERS

But Favre believes Rodgers has nothing to worry about it -- and he’s speaking from firsthand experience.

Favre spoke to TMZ Sports in the days leading up to the draft and said that he had a conversation with Rodgers about the possibility of Green Bay drafting his position.

“Look, no one’s going to replace Aaron unless Aaron chooses to be replaced. There’s no worry for him that he’s going to be ousted. He’s too good of a player," he said.

Favre added that he doesn’t think Rodgers is “at the end of his own” but the organization does have to begin grooming someone to fill his shoes.

"As long as [the Packers have Rodgers] at quarterback, they have a chance to go to the Super Bowl, regardless of the rest of the team."