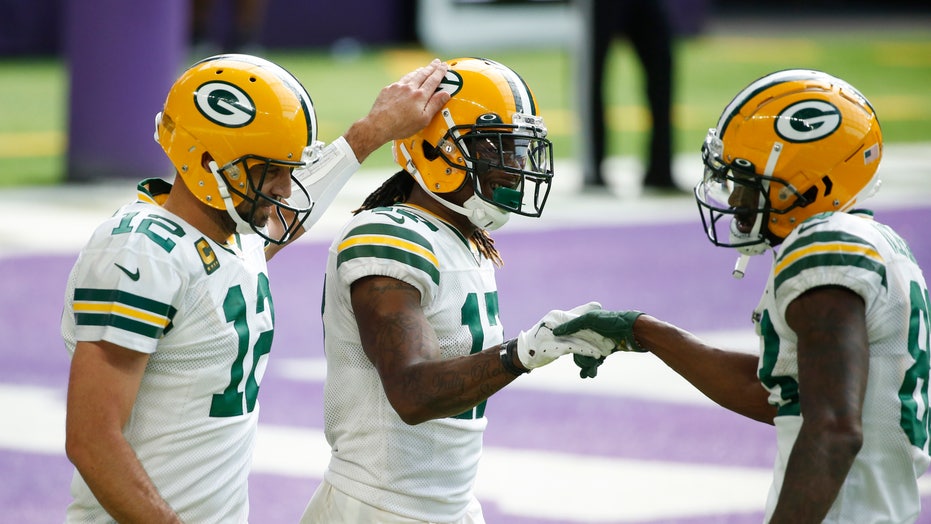 Aaron Rodgers once again looked like a candidate for the NFL MVP on Sunday.

The Green Bay Packers quarterback shredded apart the Minnesota Vikings in a convincing 43-34 victory. Rodgers threw for 364 passing yards and four touchdowns, which included two beautiful touchdown strikes to wide receivers Davante Adams and Marques Valdes-Scantling late in the first half to put the Packers up 22-7 over the Vikings.

RODGERS AT EASE AS PACKERS ROLL PAST VIKINGS 43-34

The win was a statement for the Packers, but Rodgers said it was “one of the strangest experiences I've had in the NFL,” because it was played in front of no fans at U.S. Bank Stadium in Minnesota.

Rodgers said that he thought back to how electric it was last year playing for the division title and when they opened the stadium a few years ago compared with the silence in Week 1 without any fans due to the coronavirus pandemic.

"It doesn't let you know that a play is a good play sometimes," Rodgers said, according to the Green Bay Press-Gazette.

The Packers' 43 points was the highest total of any team on Sunday. Rodgers is notoriously known for using a hard count to keep opposing defenses off-balance, and head coach Matt LaFleur agreed that it helped the veteran quarterback in this divisional matchup.

"It definitely benefited us from an offensive standpoint today in terms of being able to use that hard count," LaFleur said.

In Week 2, the Packers will host the Detroit Lions at Lambeau Field.