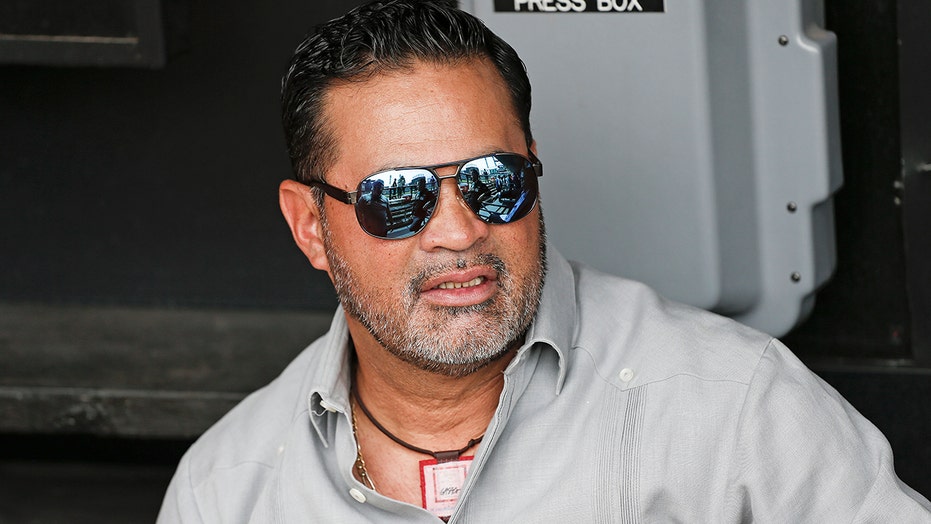 Ozzie Guillen made clear Sunday he was no fan of robot umpires or automated strike zones coming to Major League Baseball.

Robot umpiring was first tested in the independent Atlantic League of Professional Baseball and in the Low-A minor leagues. Triple-A minor league baseball is trying out automated strike zones for the 2022 season.

Former White Sox manager Ozzie Guillén on the field prior to game 3 of the American League Division Series against the Houston Astros at Guaranteed Rate Field on Oct. 10, 2021 in Chicago, Illinois. (Stacy Revere/Getty Images)

"I hope [the rule change] happens after I die because I'll be very, very vocal about it," the World Series champion manager told TMZ Sports, adding he didn’t understand how it would be an improvement over human umpires.

"Whoever came up with this idea never played the game. Never played Little League baseball games."

The Atlantic League was the first to test out the Automated Balls and Strikes System (ABS).

Ozzie Guillen sits in the dugout prior to a game between the White Sox and the Oakland Athletics at Guaranteed Rate Field on Aug. 11, 2019, in Chicago, Illinois. (Nuccio DiNuzzo/Getty Images)

The robot umpires do have their drawbacks and bugs, however – and their critics.

"It would change the game for the good. It would continue the effort to eliminate human deficiency," Hall of Famer Mike Schmidt said in 2019. "We have replay everywhere else in the game. Like it or not, replay gets the call right."

Umpire Brian deBrauwere huddles behind Freedom Division catcher James Skelton, of the York Revolution, as the official wears an earpiece during a minor league game on July 10, 2019, in York, Pennsylvania. (AP Photo/Julio Cortez)

MLB has not announced adoption of the ABS system in the major leagues, but the Major League Baseball Umpires Association agreed last year that it would help with its implementation should Commissioner Rob Manfred approve of it.

Fox News’ Lawrence Richard and The Associated Press contributed to this report.