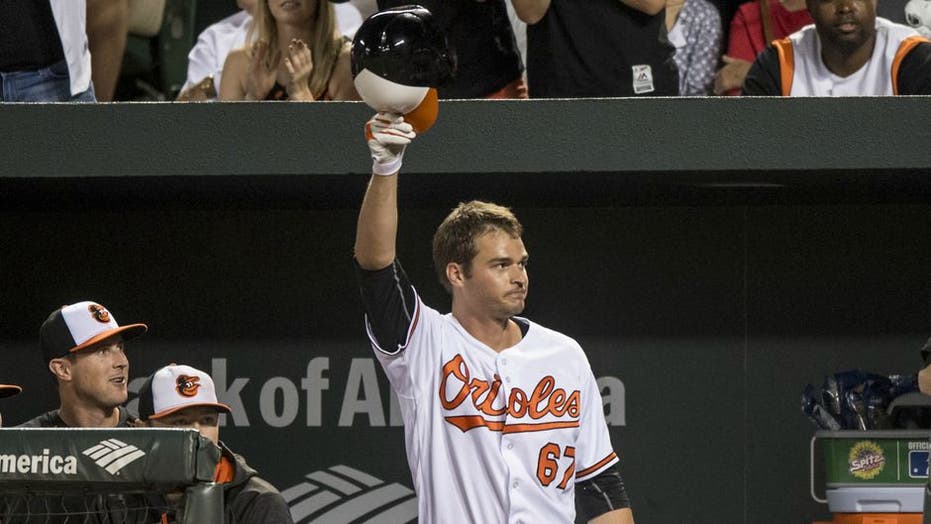 In March, Mancini was diagnosed with colon cancer and had a malignant tumor removed. On Tuesday, he wrote a piece for The Players’ Tribune saying that he has Stage 3 colon cancer, and is going to be receiving chemotherapy right away.

"My treatment will take six months—every two weeks for six months," Mancini wrote. "If baseball returns in 2020, it will probably be without me."

ONE OF MLB'S PLANS TO START 2020 SEASON INCLUDES 20 BALLPARKS: REPORT

The issue presented itself during spring training when blood tests revealed that he had low iron levels. Mancini said that while his father was diagnosed with Stage 2 colon cancer at 58 years old back in 2011, he didn’t expect to get the disease at his age. Originally, doctors believed that he had celiac disease or a stomach ulcer, but it was later determined that he had colon cancer.

Mancini also talked about how the coronavirus pandemic has influenced the chemotherapy process for him.

"I'm getting chemo at a hospital in Baltimore, and I have to drive up there alone,” Mancini said. “Nobody is allowed to come in with me, and that's completely fine by me. I don't want anybody else being put at risk — people that are close to me and that I love, and other people in the hospital. You just never know. COVID-19 has spread so quickly. I'm definitely trying to follow all the protocols, not only because it's the right thing to do, but also because I don't want to expose myself to anything, especially before going into chemotherapy."

In 2017, Mancini finished in third place in the American League Rookie of the Year voting. He hit for a .293 batting average with 24 homers and 78 RBI. If the 2020 season eventually happens, the Orioles will most-certainly miss Mancini’s bat in the heart of their lineup.

The MLB regular season was originally scheduled to start on March 26, but as of Tuesday, there is no timetable on when the season will start.