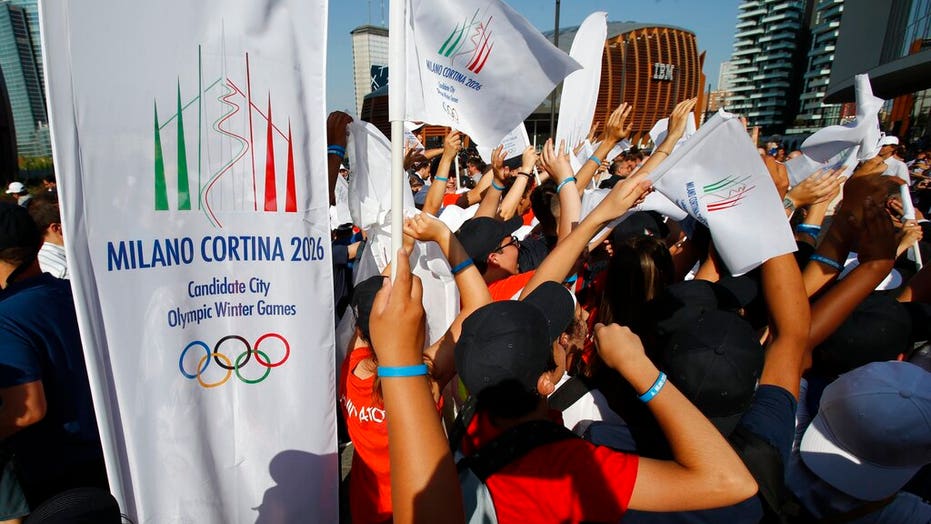 The Winter Games are set to return to Italy.

The International Olympic Committee on Monday voted to hold the 2026 Winter Olympic Games in Milan and Cortina d'Ampezzo, Italy.

Italy won the bid over Stockholm-Are, of Sweden, to host the Winter Games. It'll be the first time the Games will be held in Italy since Turin hosted in 2006.

Cortina d'Ampezzo, a ski town in northern Italy, hosted the Olympics in 1956. Sweden has never hosted the Winter Games, but Stockholm was the host of the 1912 Summer Games.

Both Italy and Sweden's bids made their final pitches to the IOC on Monday during a nine-hour meeting to choose a winner.

In their final presentations to win the bid from the IOC, the prime ministers of Italy and Sweden both pushed for their nations to host the 2026 games.

Giuseppe Conte, the prime minister of Italy, noted that support in Italy is strong for an Olympic Games, and was a focal point of their bid. His presentation highlighted how 83 percent of the Italian population is in favor of the games, with 87 percent rising in Milan.

International Olympic Committee President Thomas Bach announced on Monday that the 2026 Winter Olympics will be held in Italy. (Laurent Gillieron/Keystone via AP)

He said: "If I am here today in front of you, it is thanks to the enthusiasm of all Italy. ... This is the dream of an entire country, and not only the government but also the regions."

Sweden Prime Minister Stefan Lofven said, "it's in our DNA" to deliver a stable Winter Games after the IOC's own polling determined there was around 60 percent public backing in Sweden to host the games. The bid was challenged to prove its support from a Stockholm city authority coalition formed last October and a national government only five months ago.

The mayor of Stockholm, Anna Konig Jerlmyr, played up ABBA — Sweden's most famous musical act — telling the committee: "ABBA is everywhere." She then broke out into her own rendition of "Dancing Queen."