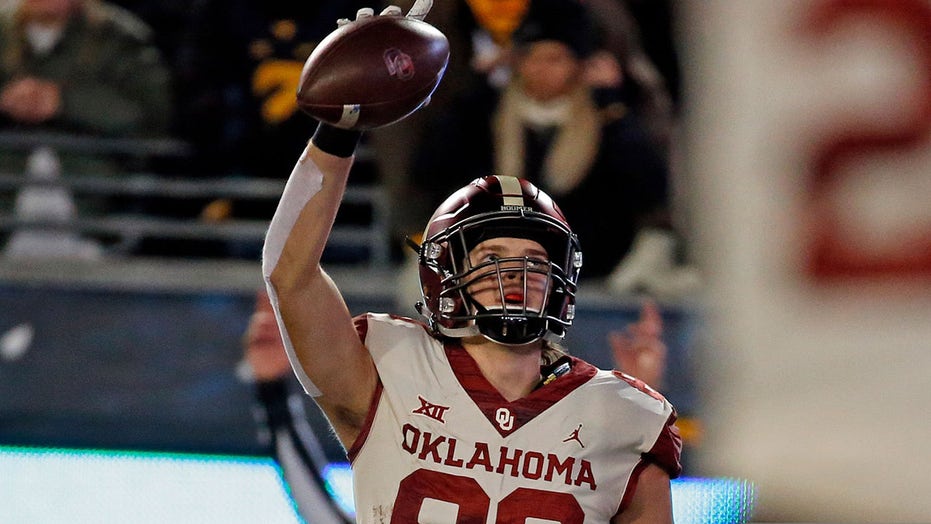 Oklahoma tight end Grant Calcaterra announced Thursday he is retiring from football after suffering several concussions, including one recently at practice.

Calcaterra, a junior from Rancho Santa Margarita, Calif., appeared in three games this season for the Sooners. He had five catches for 79 yards. He hadn’t played in a game since Oct. 5.

He announced his retirement in a video posted to Twitter.

“Football has been the biggest thrill of my life, and it kills me to know it's over,” Calcaterra said. “But I'm confident God does everything for a reason, and he has a plan for me. I believe football was preparing me for this moment my entire career.”

Calcaterra was an important player for the Sooners last season. He earned first-team All-Big 12 honors recording 396 receiving yards and six touchdowns in 11 games. He also caught the game-clinching touchdown in the Big 12 Championship game in Texas in 2018.

Calcaterra said he will graduate in May and then return to California to pursue a career as a firefighter.

“I gave everything I had to this team and this game,” he said. “I'd like to think it might have caused an impact on this university, this football program and all the people around me.”