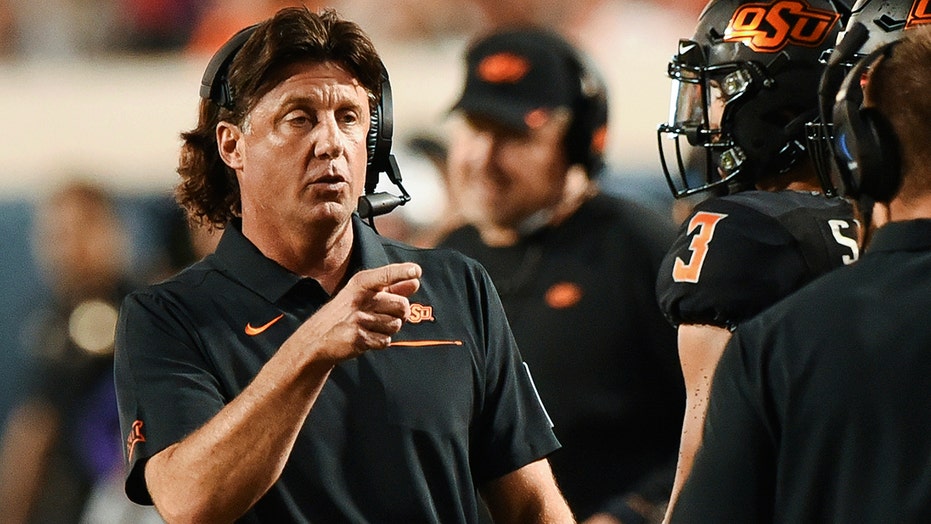 Sanders, a redshirt freshman, is 76-for-121 with eight touchdown passes and 1,043 passing yards in five games for the Cowboys this season. Gundy also described which level Sanders is on.

“When you get started on Donkey Kong, you could never get past the elevator level,” Gundy said, according to The Oklahoman. “You had the barrels, and then you had the structure. And then, the third level was the elevators. And that third jump you had to make to get up to get over, it took a while. But after you did it 50-60 times, you could make that jump and then you were set. You had a chance to set the high score.”

Gundy continued: “He’s on the barrels. No, I'm joking. The barrels is easy. He’s on the structure now. And he’s conquering that and he’s working to get to the elevators. And he’s probably past the first jump. The second one’s not as bad. The third one’s a tough one.”

Gundy then had to explain how he knows so much about the classic arcade game.

“There used to be a Godfather’s Pizza up on Reno Avenue in Midwest City [Oklahoma],” he said. “I'd ride my bike up there and play ‘Donkey Kong’ all the time and set the high score. Can you imagine that? Kids riding their bikes? Nowadays nobody rides a bike anywhere.”