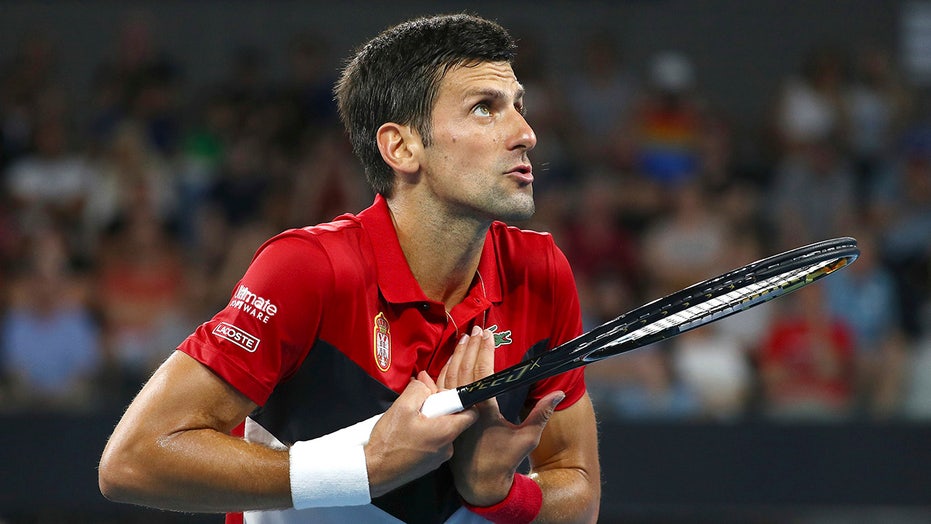 The parents of world No. 1 Novak Djokovic aren’t about to let their son take the fall for the recent spike in coronavirus cases in the tennis community.

Djokovic confirmed Tuesday that both he and his wife tested positive after returning to Serbia from the second stop on the Adria Tour in Zadar, Croatia, which was canceled Sunday after a number of players and coaches contracted the illness.

“We organized the tournament at the moment when the virus has weakened, believing that the conditions for hosting the Tour had been met. Unfortunately, the virus is still present, and it is a new reality that we are still learning to cope and live with,” Djokovic said in a statement.

The Serbian tennis star was slammed on social media for the lack of social distancing and crowded stands. Australian tennis pro Nick Kyrgios even called him “irresponsible" for hosting the charity event.

But Djokovic’s parents say he’s not to blame.

“Why did it happen? Because that man probably came sick, who knows from where,” Srdjan Djokovic told RTL Croatia TV of Grigor Dimitrov, a three-time Grand Slam semifinalist from Bulgaria who was the first from the event to test positive.

“He didn’t test here, he tested somewhere else ... I think that’s not fair.

“He inflicted damage to both Croatia and to us as a family in Serbia,” Srdjan Djokovic continued. “Nobody is feeling well because of this situation.”

Dimitrov tested positive on Sunday, which prompted the cancelation of the finale. On Monday, world No. 33 Borna Coric, ATP pro Viktor Troicki and his wife and a pair of coaches also tested positive.

“Everything we did in the past month, we did with a pure heart and sincere intentions,” Djokovic said Tuesday. “Our tournament meant to unite and share a message of solidarity and compassion throughout the region."

There is no evidence to suggest Dimitrov spread the virus to others.