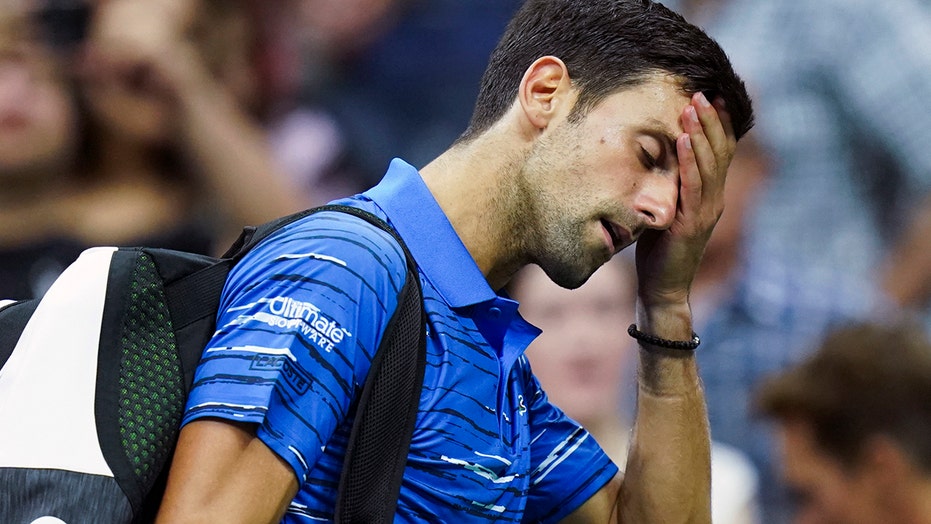 Tennis star Novak Djokovic tested positive for coronavirus just one day after he was heavily criticized for holding a charity event in Croatia that saw its finale canceled after several participants also contracted the illness.

Djokovic issued a statement Tuesday morning confirming that he and his wife, Jelena, had tested positive after returning to Serbia from the second stop on the Adria Tour in Zadar, Croatia.

“The moment we arrived in Belgrade we went to be tested. My result is positive, just as Jelena's, while the results of our children are negative,” Djokovic said in a statement, obtained by Tennis.com.

“Everything we did in the past month, we did with a pure heart and sincere intentions. Our tournament meant to unite and share a message of solidarity and compassion throughout the region."

Djokovic was heavily criticized earlier this month after massive crowds filled the stands during the opening day of his first tournament on the tour in Belgrade.

“You can also criticize us and say this is maybe dangerous, but it’s not up to me to make the calls about what is right or wrong for health,” Djokovic said at the time. “We are doing what the Serbian government is telling us and hopefully we soon will get back on tour collectively.”

NOVAK DJOKOVIC DEFENDS CROWD AT CHARITY TENNIS EVENT: ‘NOT UP TO ME TO MAKE THE CALLS’

Djokovic declined to be tested ahead of the next event in Croatia after stating that he felt no symptoms. On Sunday, the finale was canceled when Grigor Dimitrov, a three-time Grand Slam semifinalist from Bulgaria, announced he had tested positive for COVID-19 after participating in the event.

The world's No. 33 Borna Coric, ATP pro Viktor Troicki and his wife and a pair of coaches also tested positive a day later.

"[The tour] was all born with a philanthropic idea, to direct all raised funds towards people in need and it warmed my heart to see how everybody strongly responded to this,” Djokovic said in his statement Tuesday.

“We organized the tournament at the moment when the virus has weakened, believing that the conditions for hosting the Tour had been met. Unfortunately, the virus is still present, and it is a new reality that we are still learning to cope and live with.”

Djokovic apologized for each case that came as a result of his charity event. He said he would undergo a 14-day quarantine and would be tested again in five days.