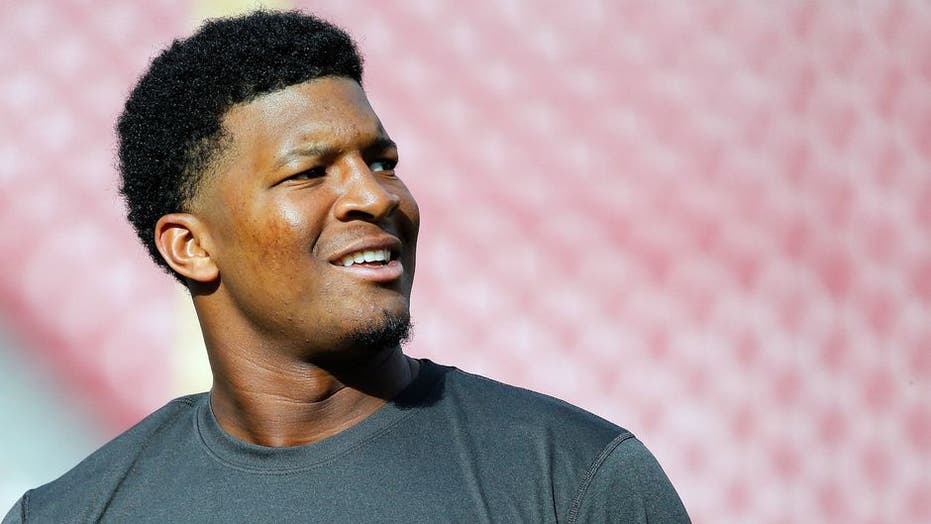 Following Tom Brady’s announcement of leaving the New England Patriots, find out other pro football players who switched teams at the end of their careers.

Jameis Winston led the NFL in passing yards last season but the former No. 1 overall pick of the 2015 draft appeared to be looking to latch onto a team in any role instead of getting a starting job in 2020.

There doesn’t appear to be a team wanting to have Winston come in and start for them. NFL insider Adam Schefter said on ESPN’s “Get Up” that Winston might have to settle for a backup role – similar to what Ryan Tannehill did for the Tennessee Titans last season.

“There is not another obvious landing spot for Jameis Winston where he can compete for a starting job on day one—not on the surface right now. The Chargers are not going to be interested in Jameis Winston at this point in time,” Schefter said.

“The New England Patriots signed Brian Hoyer, and so we've got a situation where Jameis Winston finds himself much in the same situation that Ryan Tannehill was in last year. It's no longer a question of Jameis Winston finding a starting job. It's finding the right job that he believes has the chance to grow in the future, maybe compete for the job and better his situation for the 2021 season. But he's not going to land a starting job on paper for 2020.”

The Tampa Bay Buccaneers have been “in communication” with Winston, the Tampa Bay Times reported last week. But it doesn’t appear there’s a rush for any team to bring in Winston.

While Winston was the top pick for the Buccaneers, he never led Tampa Bay to a playoff appearance and at one point had lost his job to Ryan Fitzpatrick.

He thanked the Buccaneers for the last five years.