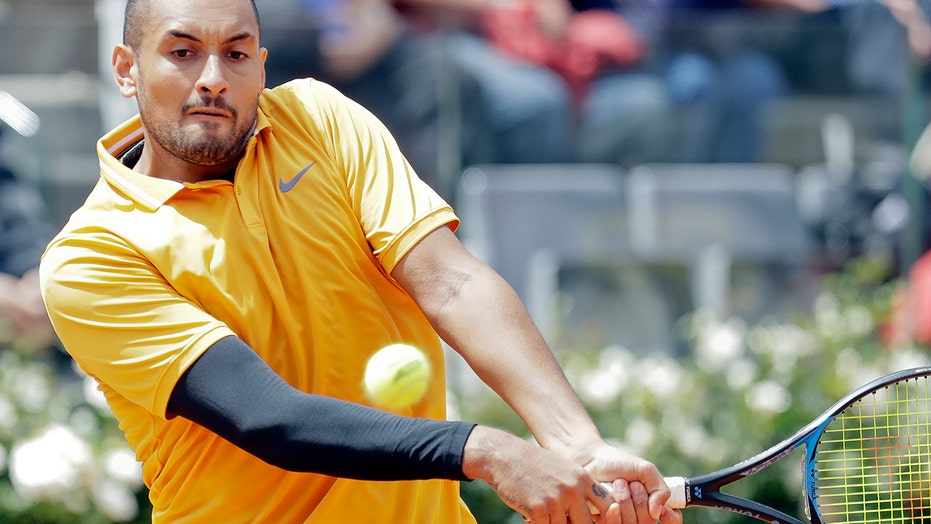 Nick Kyrgios went nuts Thursday at the Italian Open, kicking a bottle and throwing a chair before abruptly leaving the court and being disqualified.

Kyrgios blew up at the crowd after his opponent, Caspar Rudd, tied him in the third set.

The chair umpire then docked Kyrgios a game for his conduct and that’s when he exploded in rage.

The Australian kicked a bottle and then hurled a chair onto the court. He then picked up his bag and left the court altogether.

Kyrgios was then disqualified from the match, according to Eurosport. Rudd was declared the winner and now faces Juan Martin del Potro in the third round of the Italian Open.

He could face a suspension from the Association of Tennis Professionals.

Kyrgios has a history of controversy while playing. He was given multiple code violations for obscenities and racket-smashing during the 2014 U.S. Open. He’s received multiple fines at Wimbledon and the Australian Open for cursing.

He also received an eight-week ban for allegedly not giving his best effort during a 2016 match at the Shanghai Masters. In addition, he has been on the receiving end of harsh criticism from tennis great John McEnroe, who said in 2016 he should retire.