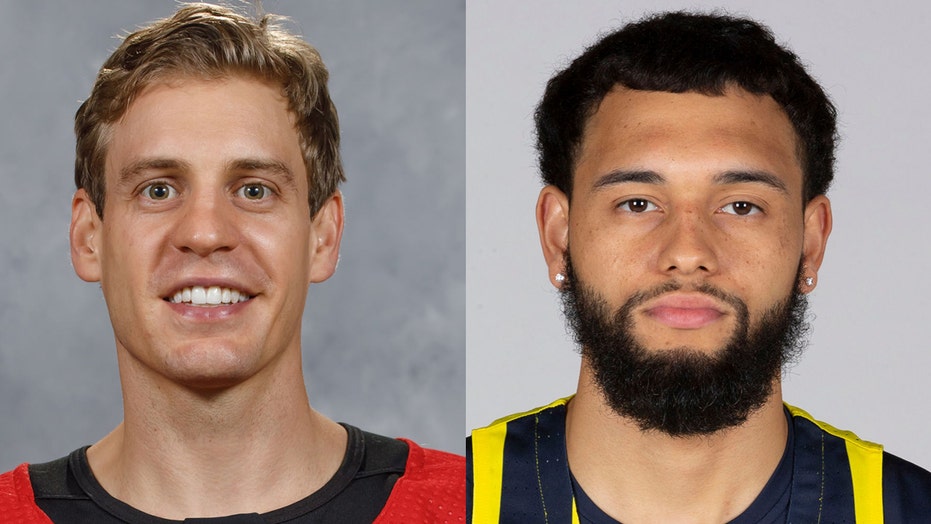 Tyler Ennis and Tyler Ennis are not related and play two different sports professionally, but somehow doctors mixed up their X-rays nearly a year ago and set off a confusing chain of events.

Former Toronto Maple Leafs forward Tyler Ennis, who currently plays with the Ottawa Senators, took a puck to the ankle during a game on Dec. 22, 2018. But when he received the diagnosis from his doctor, he was confused and shocked by how damaging the injury actually was - or at least appeared to be.

“They pulled up my X-ray. And they’re like ‘Whoa – you’ve got a really bad displaced break here,’” Ennis told TSN in an interview published Monday.

Ennis said he remembers quizzing the doctors saying that he was told the ankle “wasn’t displaced.” The doctors reviewed the X-rays again. According to TSN, the doctors weren’t wrong about what they were seeing from the X-ray. They just had the wrong Tyler Ennis.

“They double-checked and they actually had the image from the other Tyler Ennis, who broke his leg playing basketball overseas. His break was a lot worse than mine,” the hockey player said. “When they confused our X-rays, I was a little nervous. I thought my recovery was going to take a lot longer.”

The Maple Leafs’ Ennis was out for less than two months with the ankle injury while the basketball-playing Ennis missed more than a full year with his severe leg injury. The basketball player had surgery in Turkey but was getting checkups at the same time the hockey player had suffered his injury.

Tyler Ennis, who now plays for the Toronto Raptors’ G-League affiliate, was stunned when he was told the story.

“Wow. Just wow,” he told TSN. “The timing of that is just mind-blowing. I can only imagine what he was thinking.”

The basketball player says the mix-up happens quite often whether he’s out to eat at a restaurant or just going through social media.