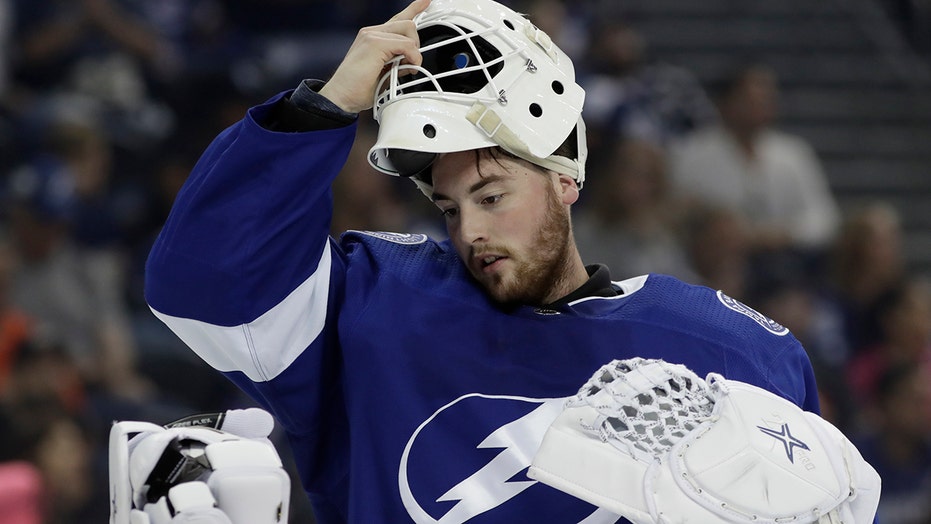 The NHL announced Wednesday it postponed three events slated for June because of the growing uncertainty around the impact the coronavirus will have on the league.

The league said in a news release the 2020 NHL Scouting Combine, the 2020 Bridgestone NHL Awards and the 2020 NHL Draft would be postponed.

“The location, timing, and format of the 2020 NHL Draft (and Draft Lottery) will be announced when details are finalized,” the league said.

In this Sept. 22, 2018, file photo, Tampa Bay Lightning goaltender Connor Ingram is shown during the third period of an NHL preseason hockey game against the Nashville Predators, in Tampa, Fla. (AP Photo/Chris O'Meara)

The NHL has not introduced a timeline as to when teams would return to the ice. The league suspended its season after seeing how the coronavirus impacted the NBA.

Dr. Winne Meeuwisse, the league’s chief medical officer, said Wednesday he expected the coronavirus to get worse before it gets better in North America.

The virus is “really just entering the rapid acceleration phase, certainly in North America,” he said. “We want to be doing our part to not only protect our players but also our staff and our fans as the disease unfolds. It’s difficult to predict where the pandemic is going and what the timeline will be.”

Players have been told to self-isolate until at least April 4. Two Ottawa Senators players have appeared to be the only NHL-connected people to have tested positive for the virus.