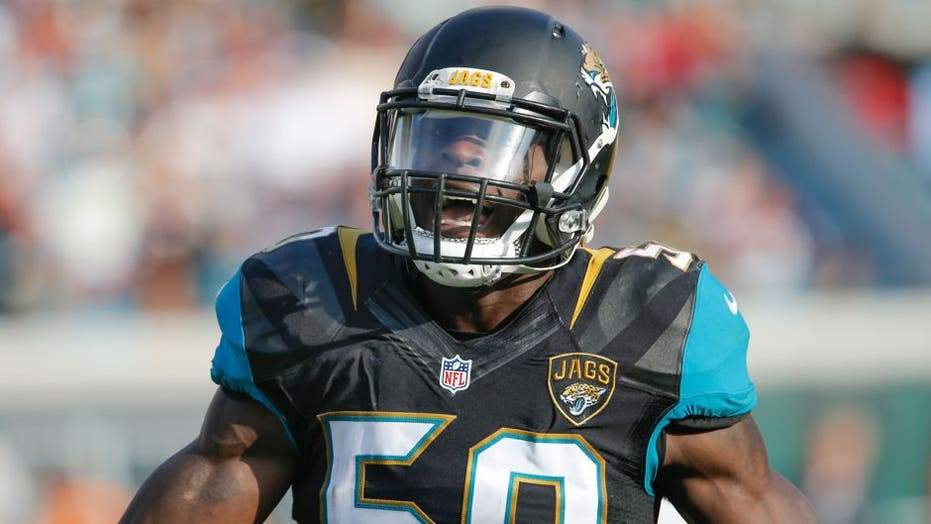 Former Jacksonville Jaguars linebacker Telvin Smith pleaded not guilty to unlawful sexual activity with a minor on Wednesday and waived his right to pretrial conferences.

Smith, a star defender who was placed on the retired reserved list with the Jaguars, was arrested last week after a monthslong investigation. First Coast News first reported his plea.

EX-NFL STAR TELVIN SMITH ALLEGEDLY HAD SEX WITH UNDERAGE FEMALE MULTIPLE TIMES, TOLD HER TO REFER TO HIM AS 'MENTOR': REPORT

The gritty details behind Smith’s arrest were revealed in a warrant first obtained by the station last week.

In an interview with Jacksonville police in November 2019, the girl said that she met Smith at her job on Aug. 12, 2019, and they took photos together. She testified that her age was made known to the former NFL star, according to the station. She was 17 at the time, according to ESPN.

Smith, 29, allegedly continued to communicate with the girl and planned to meet up on Aug. 31. He allegedly met with her at a shopping center and he drove her to his home, where the two had sex multiple times.

Dec. 23, 2018: Jacksonville Jaguars outside linebacker Telvin Smith (50) runs for a touchdown after intercepting a pass, during the second half at an NFL football game against the Miami Dolphins in Miami Gardens, Fla.  (AP Photo/Brynn Anderson)

According to the warrant, Smith offered her money to keep quiet and he told her that if she told anyone she could be facing time. The girl said she initially declined the monetary offer but agreed to take $100. Smith allegedly told the girl that if anyone asked she should tell them he was serving as her mentor.

The girl told a friend and a family member about the incident, First Coast News reported. She said Smith contacted her again several days after their initial meeting. The two met in Clay County and they allegedly engaged in multiple sexual acts in his vehicle.

During a police interview on Feb. 20, 2020, a family member told officers the teenager had sex with Smith on Sept. 1, 2019, and they took her to get emergency contraception that same night. According to the station, the girl had used the $100 to buy contraception.

Police said the girl had voice messages from Smith and that the former NFL player gave her his personal cellphone number and the description of the vehicle he used to take her to and from his home.

Smith later bonded out of jail.

“The Jaguars are aware of the report involving former linebacker Telvin Smith. The club is unable to comment further on this ongoing investigation,” the team said in a statement.

Drafted in the fifth round of the 2014 NFL Draft, Smith, who played college football at Florida State, spent five seasons with the Jaguars before suddenly retiring after the 2018 season. He said at the time that he needed to "get his world in order.” Smith has been on the team’s retired/reserve list.