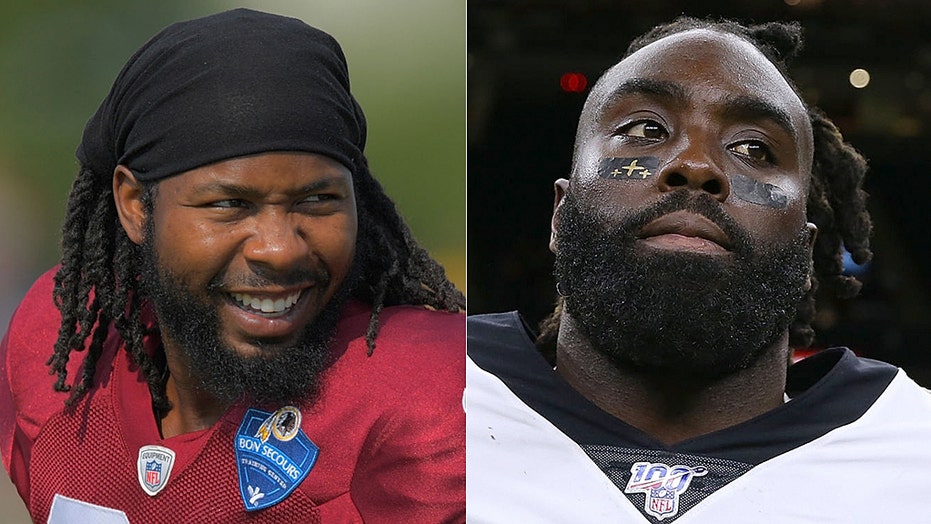 NFL players Josh Norman and Demario Davis on Monday helped bail out an illegal immigrant who since May had been detained at a U.S. Immigration and Customs Enforcement center.

Jose Bello, a 22-year-old California farmworker who came to the U.S. when he was 3, read a poem at a Kern County Board of Supervisors meeting in May criticizing the Trump administration’s treatment of immigrants. Two days after reading the poem, he was placed into ICE custody on an outstanding DUI charge. He was held for three months because he couldn’t pay a $50,000 bail.

Norman, a cornerback for the Washington Redskins, and Davis, a linebacker for the New Orleans Saints, contributed to Bello’s bail money along with the New York Immigrant Freedom Fund and the National Bail Fund Network, according to The Washington Post.

Josh Norman, left, and Demario Davis helped bail out an illegal immigrant who was detained by immigration officials in May. (Getty Images)

“To me, it seemed like a dream,” Bello told The Washington Post. “It’s like something that you hear about in movies. I watch football, and I know how much attention and how famous those people are, so just the fact that they would look into helping me out, it was a great honor. I know who they are. I was shocked in a good way.”

According to USA Today, the American Civil Liberties Union of Southern California filed a lawsuit alleging that Bello’s First Amendment rights were violated and accused ICE of retaliation over Bello’s poem.

Bello was first arrested by ICE officers in May 2018, according to Bakersfield.com. The agency alleged that Bello and his brother had criminal convictions when they were juveniles and were a part of a local gang. However, a federal immigration judge ordered Bello released in August 2018 on $10,000 bail.

Bello was then charged with DUI in January but was not detained, according to The Washington Post. ICE then detained him after he read the poem in May on the outstanding DUI charge.

“I just want to be a positive role model to my son,” Bello told Bakersfield.com. “I’m really pushing myself. I feel like I’ve come a long way, and if nobody else recognizes it, I do.”

Norman and Davis are part of the NFL Players’ Coalition, which is dedicated to bringing attention to social justice initiatives.