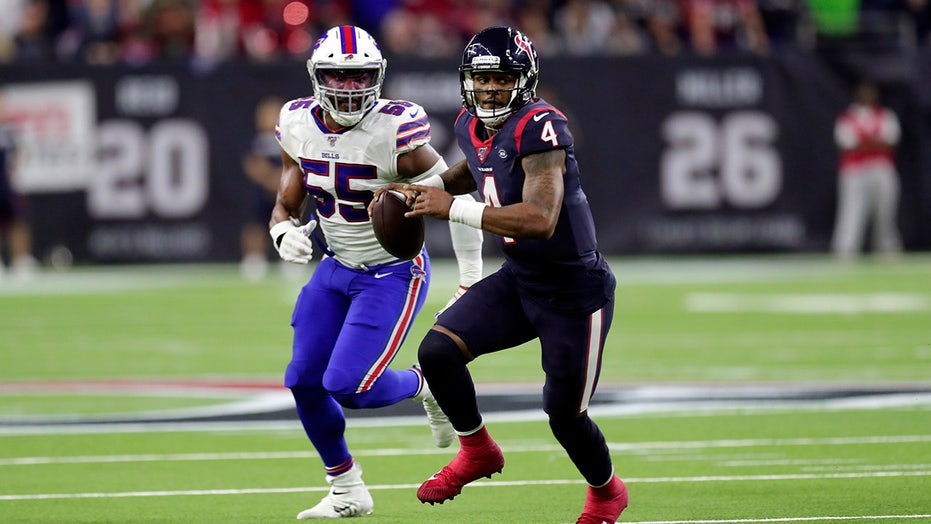 The NFL is looking into whether the Buffalo Bills violated league rules on reporting injuries in connection to defensive end Jerry Hughes revealing he played with torn wrist ligaments.

The league on Thursday notified the Buffalo chapter of the Pro Football Writers of America that it is standard policy to review what happened after being made aware of concerns raised earlier this week.

Hughes, who did not miss a game, revealed the severity of the injury in a note posted on his Twitter account Tuesday. He wrote the injury wasn't going to let "my wrist slow me down as the team was so close to achieving our goal of an AFC East banner and playoff games."

He finished with 4 1/2 sacks in the regular season, down from seven the previous year. He then set a team playoff record with three sacks in a 22-19 overtime loss at Houston in a wild-card game Saturday.

The Bills never listed Hughes as having an issue with his wrist on their injury report this season.

During five weeks he was listed on the report as missing practices due to rest, including the week leading up to the playoff game. He was also twice listed in November as having a groin injury.

A message left with the Bills was not immediately returned.

Coach Sean McDermott on Tuesday wouldn't say why the Bills didn't list Hughes on the injury report for having a wrist injury. McDermott said the times Hughes was listed was not in relation to his wrist.

The NFL's policy on teams reporting injuries, in part, reads: “If any player has a significant or noteworthy injury, it must be listed on the practice report, even if he fully participates in practice and the team expects that he will play in the team’s next game. This is especially important for key players whose injuries may be covered extensively by the media.”

The policy also reads: “The information must be credible, accurate, timely, and speicfic within the guidelines of the policy, which is of paramount importance to maintaining the integrity of the game.”

Teams found in violation of the policy face the risk of being fined or forfeiting draft picks.