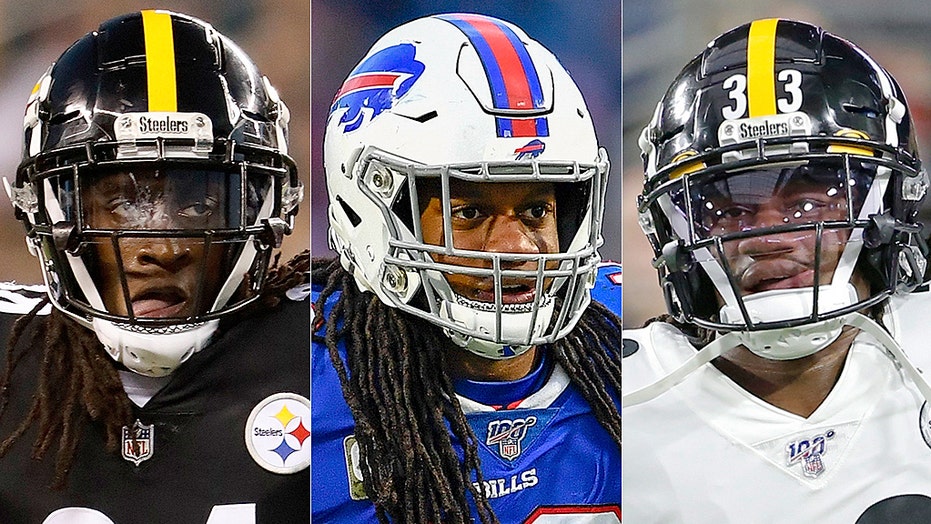 Three brothers who play in the NFL are set to do something that hasn’t been done in several decades Sunday when they all take the field.

Trey, Terrell and Tremaine Edmunds will become the first trio of brothers to appear in the same NFL game since Joe, Cobb and Bill Rooney all played for the Duluth Eskimos in 1927, according to the Elias Sports Bureau. Trey and Terrell represent the Pittsburgh Steelers and will be taking on Tremaine’s Buffalo Bills.

“It is iconic. It's spectacular. It's amazing. It's a blissful event,” Felicia Edmunds, their mother, told The Associated Press on Wednesday, adding that she will be rooting for both teams.

“This will be the first time for me that no matter what call the refs make, it will not be a wrong call in my book.”

Trey Edmunds has gotten some significant playing time with the Steelers this season. He’s rushed for 92 yards and 22 carries and has two rushing touchdowns this season. He was added to the Steelers’ practice squad in 2018 and was activated to the main roster last December.

The Steelers selected safety Terrell Edmunds with the No. 28 pick of the 2018 NFL Draft. He’s played in 29 games over his first two seasons. He has one interception and 161 combined tackles over those games.

Tremaine Edmunds also entered the league during the 2018 season. He was selected with the No. 16 pick by the Bills last year. He has played in 28 games for Buffalo and has recorded three interceptions and 218 combined tackles.

Tremaine and Terrell played together at Virginia Tech and made history by becoming the first brothers to be selected in the first round of the same draft. Trey also played at Virginia Tech but finished his collegiate career at Maryland.

Their father, Ferrell Edmunds, played tight end for the Miami Dolphins and Seattle Seahawks from 1988 to 1994. He was a two-time Pro Bowler and has 12 touchdowns in his career.

The three have a family dinner planned for Saturday and plan to do a jersey swap after the game. But that doesn’t mean their competitive spirit will be dampened come game time.

“I think the easiest way to put it I guess is bragging rights,” Tremaine Edmunds said. “Every time we step foot and do something, the only goal in our mind is to win. And nothing's going to change on Sunday.”

Asked how long the loser or losers will hear about it, he answered: “Probably until we play again.”

There’s more on the line than just bragging rights. The Bills can clinch a playoff berth with a win while the Steelers have an opportunity to climb into the race for one of the AFC Wild Card spots.