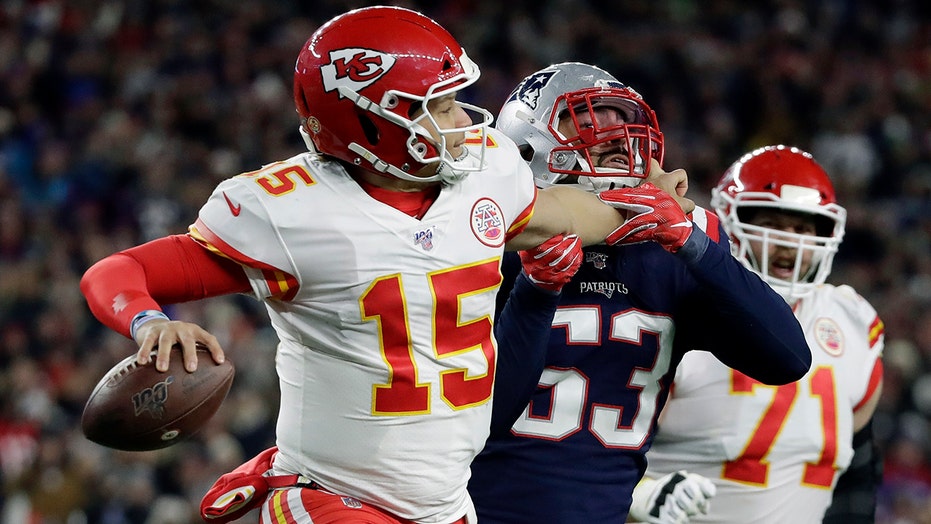 The Kansas City Chiefs avoided a fiasco ahead of their matchup with the New England Patriots on Sunday after their equipment initially ended up in Newark, N.J., instead of Foxborough. But the team had a Hail Mary in place if things hadn't worked out.

The Chiefs had no way of knowing if some of their shoulder pads, helmets and footballs were going to show up on time for the 4:25 p.m. ET kickoff at Gillette Stadium, according to ESPN. But the team reportedly had a backup plan to avoid a forfeit.

The focus was going to turn to Masconomet Regional High School in Boxford, Mass. – located about 57 miles north of Foxborough. According to The MetroWest Daily News, a representative from the Riddell Helmet Company phoned the school’s athletic director John Daileanes on Sunday.

“He told me, 'I really don't have too much time to talk,’” Daileanes told The MetroWest Daily News. “But a bunch of the Kansas City Chiefs helmets and shoulder pads and other equipment are in Newark, N.J., right now. There's a big snafu. I need to get down to Masco, and if it's possible could we use your helmets for the game?’”

Masconomet’s football team has a logo similar to that of the Chiefs and their nickname is the Chieftains. Their colors are red and white – very similar to the Chiefs as well. The biggest difference is that there is an “M” in the middle of Masconomet’s logo instead of a “KC.” However, concerns arose over whether the helmet belonging to an adolescent high school teenager would fit grown men.

“They had a contingency plan in place to use our helmets. Who knows whether or not these helmets would even fit properly,” Daileanes told the newspaper. “There's a way to kind of make them fit. But I don't know. It would have been great. I just wanted to see one random Masco helmet. I thought that would have been pretty classic, but it never came to fruition.”

Luckily, the Chiefs’ uniforms arrived with less than two hours to spare.