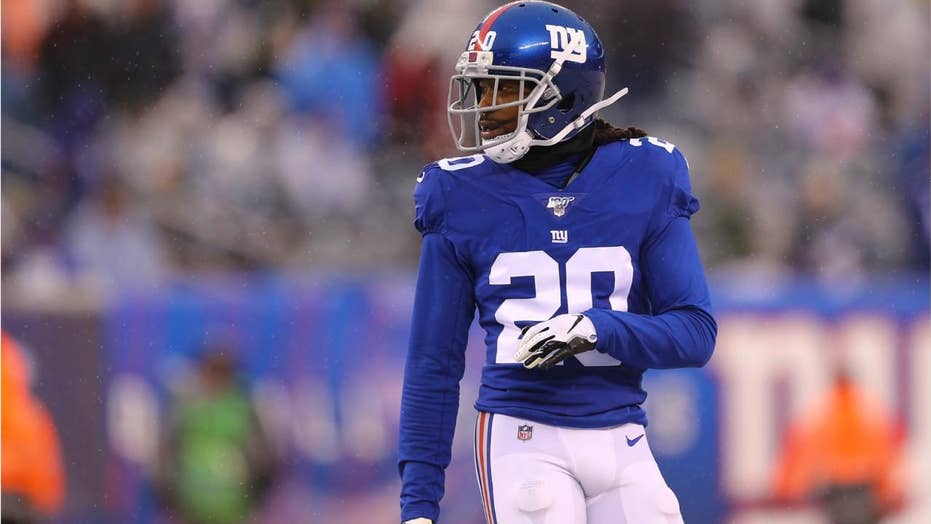 New York Giants' Janoris Jenkins tweeted a derogatory message to a fan. The cornerback was sitting out of practice for an injury at the time of the ill-fitted tweet, but did apologize hours later.

New York Giants cornerback Janoris Jenkins sat out of practice Wednesday because of an ankle injury but still found time to tweet a derogatory message to a fan.

Jenkins, who originally started to tweet about his own statistics, responded to the fan who had asked him why the numbers he was citing were not contributing to Giants wins. New York is 2-11 this season and is one of the worst teams in the NFL, according to ESPN.

The cornerback tweeted an apology hours after sending the original tweet.

“My apology for the word I used earlier, really didn't mean no 'HARM,’” he wrote.

Giants coach Pat Shurmur said he was made aware of the tweet while he was going through the injury report and lamented that the cornerback would be tweeting during practice.

Jenkins is in his fourth season with the Giants and has played in all 13 games this season. He has tied a career-high with four interceptions this season and has 54 combined tackles.

However, the Giants’ defense is among the worst in the NFL. The team is 28th in points allowed and 27th in yards allowed.

New York is set to play the Miami Dolphins on Sunday.