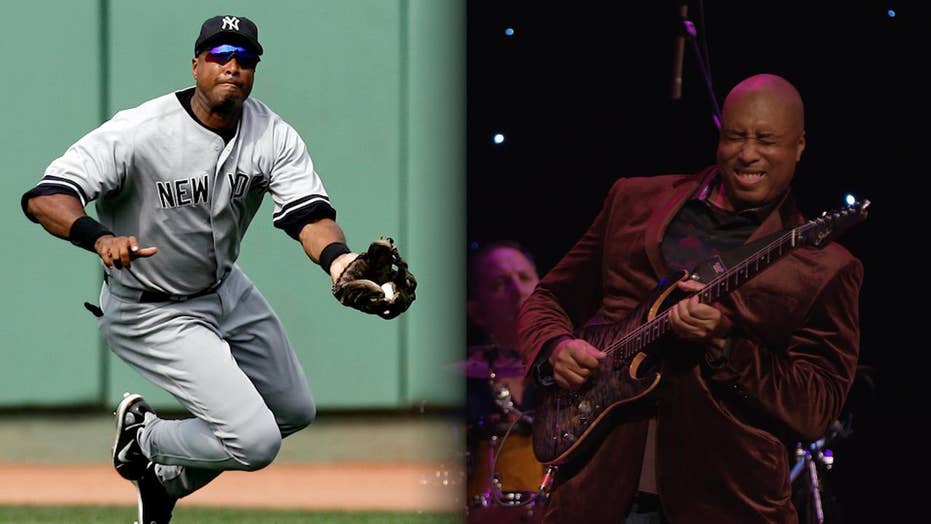 New York Yankees third baseman Miguel Andujar may spend more time on the bench this season than he initially planned after suffering a tear in his throwing shoulder on Sunday.

The 24-year-old slugger, an American League Rookie of the Year runner-up, had undergone tests on his right shoulder ahead of the team's series opener Monday. Ahead of the game, he learned he had a small labrum tear and would need treatment for a few weeks before stepping foot on a baseball diamond.

According to ESPN, Andujar's injury was going to be treated conservatively and he was tentatively placed on a 10-day injured list. However, officials are now saying he will likely miss the majority of April's games and could even require season-ending surgery.

"Surgery could be in play, which would obviously compromise his season. There is some optimism that if treated conservatively, he can respond and come back and play good," Yankees manager Aaron Boone said after the Yankees' victory over the Detroit Tigers on Monday, ESPN reports. "We'll know that in a couple of weeks."

Miguel Andujar #41 of the New York Yankees could require surgery for a tear in his right shoulder. (Mark Brown/Getty Images)

Andujar sustained the injury while diving into third base on a pickoff attempt during Sunday's game against Baltimore.

He joined a long list of sidelined Yankees that includes pitchers Luis Severino, Dellin Betances, Jordan Montgomery and Ben Heller, shortstop Didi Gregorius and outfielder Jacoby Ellsbury; pitcher CC Sabathia is set to be added to the injured list Wednesday, after he completes a suspension for hitting a batter with a pitch last September. Outfielder Giancarlo Stanton also strained his left biceps taking a swing on Sunday.

UFC'S CONOR MCGREGOR MOCKS MARK WAHLBERG, CHALLENGES ACTOR TO A FIGHT 'FOR ALL THE SHARES'

That means nearly half of New York's starting lineup is on the sidelines four games into the season.

"He stayed in the game ... was able to do all his throws between innings," he explained to ESPN.

Miguel Andujar #41 of the New York Yankees bats during the first inning of the game against the Baltimore Orioles during Opening Day at Yankee Stadium on March 28, 2019 in the Bronx borough of New York City.  (Sarah Stier/Getty Images)

It was during a pregame workout that he noticed Andujar was hurting — opting not to retrieve routine ground balls. Andujar later agreed to get an MRI to see what was going on.

Andujar, who made his professional baseball debut in 2017, is a huge asset to the team. Last season, the 6-foot, 215-pound athlete hit 27 home runs, 47 doubles and 92 RBI, according to Fox Sports.