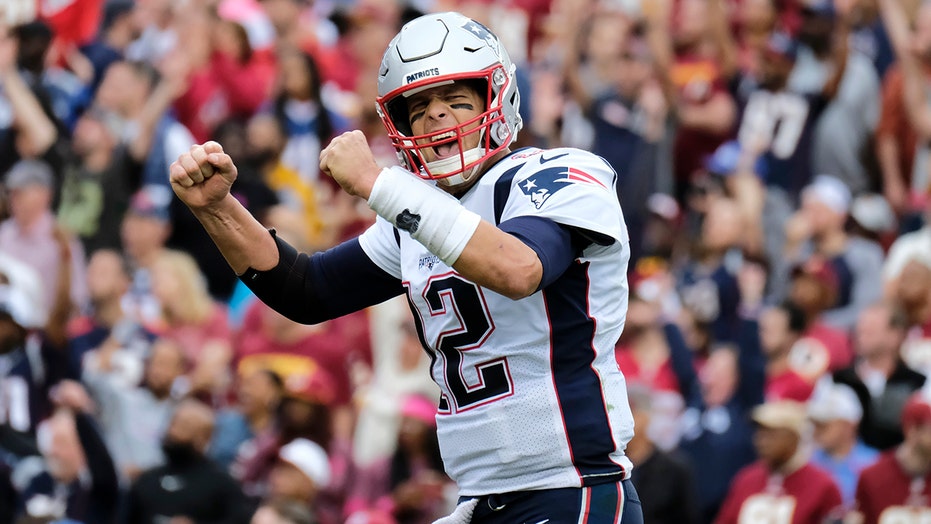 New England Patriots’ quarterback Tom Brady has a new number in mind and it's not lucky number 7.

Brady’s personal trainer Alex Guerrero said on WEEI’s The Greg Hill Show Thursday morning that the six-time Super Bowl Champion and three-time MVP has recently said that he anticipates playing in the NFL until he's at least “46 or 47” years old.

"No one thought you could play at the elite level in your late 30s, early 40s. That is something we always felt we could do. I have really wanted to be there to help him accomplish that goal. I certainly do believe that 45 is a very realistic goal,” Guerrero said, regarding the age that Brady, now 42, has previously committed to playing until.

New England Patriots quarterback Tom Brady (12) attempts a pass as Baltimore Ravens linebacker Matthew Judon (99) makes a hit during the first half of an NFL football game, Sunday, Nov. 3, 2019, in Baltimore. The pass was incomplete.  (AP)

Brady said last month during an interview with Westwood One Sports’ Jim Gray that the goal is to play until 45.

“I’ve said that number for a long time and I work pretty hard at it every day and I think that's part of me being a professional and giving my best to the team," Brady said. "It’s making sure my body is in great condition, that I’m able to take the field. I take a lot of pride in that.”’

If Brady does plan to stay in the league, the bigger question is what team he will play for as he is set to become a free agent following the end of this season.

“I don’t know," Guerrero said about Brady’s future with the Patriots. "It’s not July 2020. I am focused on today. I am just trying to get Tom ready for practice today.”