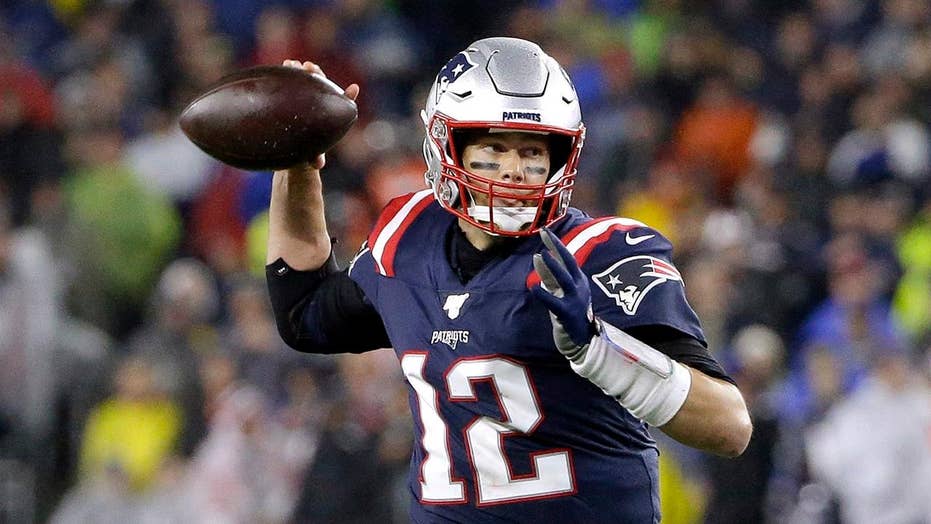 Tom Brady says he plans to play football until age 45

Rumors swirled this week that franchise quarterback Tom Brady could potentially wear a different jersey next year as his contract with the New England Patriots is set to expire at the end of this season -- but the six-time Super Bowl champ says “nothing has changed” for him.

During an interview with Westwood One Sports’ Jim Gray on Monday, Brady attempted to downplay speculation around his future with the Patriots as concerned fans have connected dots between the upcoming end of his contract and the recent decision to place his Massachusetts home up for sale.

New England Patriots quarterback Tom Brady (12) reacts to a touchdown against the Washington Redskins during the second half of an NFL football game, Sunday, Oct. 6, 2019, in Washington. (AP Photo/Mark Tenally)

Brady, who has led the Patriots to each championship and is now vying for a seventh with his team standing 8-0 going into the second half of the season, says the rumors aren’t based on anything he’s said.

“Nothing has changed with my status of my team and my standing," he said. "So I’ve really been focused on my job and a lot of the hype, a lot of the media speculation is just that.”

He continued: “It’s probably that time of year where you don’t need to focus so much on the wins and losses, you start focusing on a lot of other things and I think the media has the right to do that. I certainly don’t. I’m focused on what I need to do this year.”

ANTONIO BROWN ACCUSES OAKLAND RAIDERS OF USING HIM FOR FINANCIAL GAIN: GOT ME FOR ‘RATINGS THEN RIP MY GUARANTEES’

The 42-year-old quarterback says he’s focused on staying healthy for his team with hopes to play in the NFL until he's at least 45.

“I’ve said that number for a long time and I work pretty hard at it every day and I think that's part of me being a professional and giving my best to the team," Brady said. "It’s making sure my body is in great condition, that I’m able to take the field. I take a lot of pride in that.”

Brady said he puts much of his time into preparing himself physically so he can “afford myself the ability to play as long as I want to play.”

“I love the sport and enjoy playing, not many things have changed on that front," he said.

The undefeated Patriots are set to take on the Baltimore Ravens (5-2) Sunday at 8:20 p.m. EST.