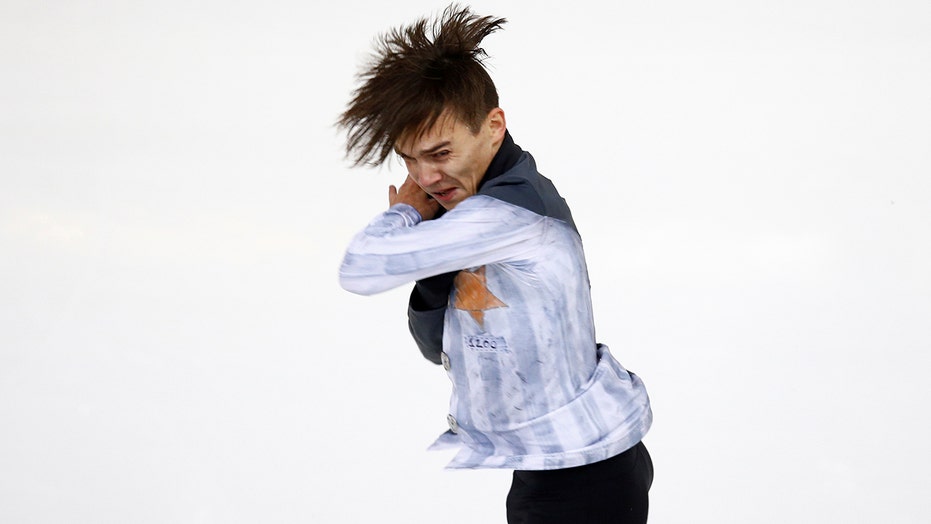 The ISU issued an apology over the error after Anton Shulepov received the nomination for his costume, which depicted prisoner and guard elements of an Auschwitz prison camp where more than 1 million people were killed during World War II. The skater wore the outfit in two competitions last month while dancing to the musical theme of “Schindler’s List.”

“The ISU regrets that by error the wrong costume (Free Skating instead of Short Program costume) of Mr. Shulepov has been presented for voting,” the organization said in a tweet. “This error has been corrected and the ISU sincerely apologizes for this mistake and the bad sentiments it has caused.”

Shulepov’s costume was listed in the Best Costume category, according to TMZ Sports. He is still in the running for the award but for a turtleneck outfit, according to People.

Regardless of the mistake, the nomination drew widespread outrage on social media.

Shulepov was not the first skater to be chastised for wearing Jewish iconography.

Satooko Miyahara, of Japan, was criticized for skating to a “Schindler’s List” track wearing a Star of David design on her back earlier this year.

In 2016, Tatiana Navka and her skating partner each wore a gold Star of David during their appearance on a Russian ice dancing reality TV show. The two dancers skated to “Beautiful That Way” and portrayed themselves as Jewish prisoners in a concentration camp.