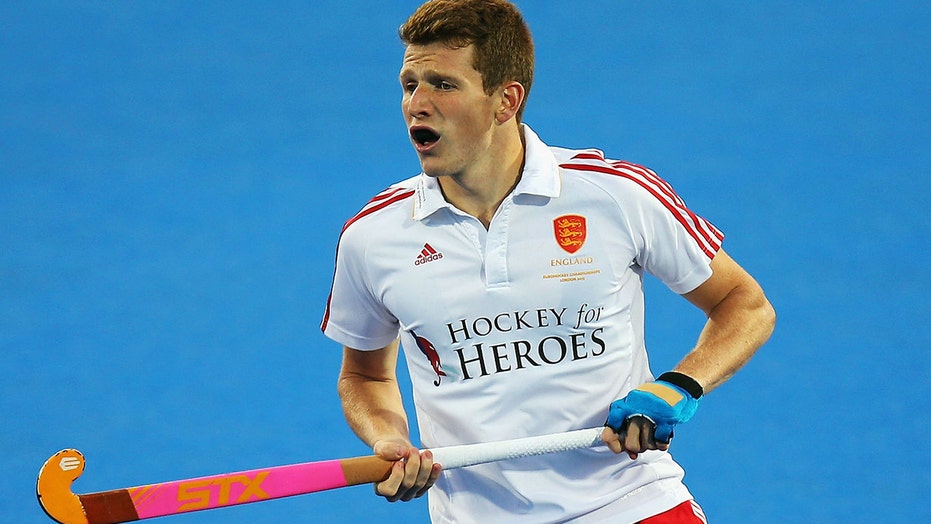 British field hockey star Sam Ward’s career may be in jeopardy after he suffered a gruesome eye injury during Olympic qualifiers earlier this month and lost some vision in his right eye.

Ward, a 28-year-old forward, was hit in the face in a match against Malaysia on Nov. 3. He told The Guardian on Monday that, although he lost some of his eyesight, he wasn’t ready to quit field hockey just yet and give up on the possibility of making Britain’s Olympic team for Tokyo 2020.

SIMONE BILES RESPONDS TO REPORT NASSAR PROBE WAS KEPT FROM HER: 'NUMB IS BECOMING A NORMAL FEELING'

“Over the last week, I have received advice from three separate eye consultants,” he told the UK newspaper. “They have all told me that I have suffered damage to the retina of my left eye and that this damage is partly irreversible.

“I may get some sight back, but this won’t be a quick process, and whether it will be sufficient for me to get back to playing international hockey only time will tell. It is a tough pill to swallow but, as people know, I am not one to give up easily and I will do everything I can to make myself available for selection for Tokyo.”

Ward needed surgery to reconstruct his cheek and he posted gruesome photos of his scars on Instagram.

“Sam has suffered a very serious injury. At present, our focus is on supporting Sam to the best possible extent and ensuring that he has access to the best medical provision and wider support,” Great Britain and England Hockey’s performance director Ed Barney said.

Ward has made 126 appearances for the English national team, including at the 2016 Olympics.