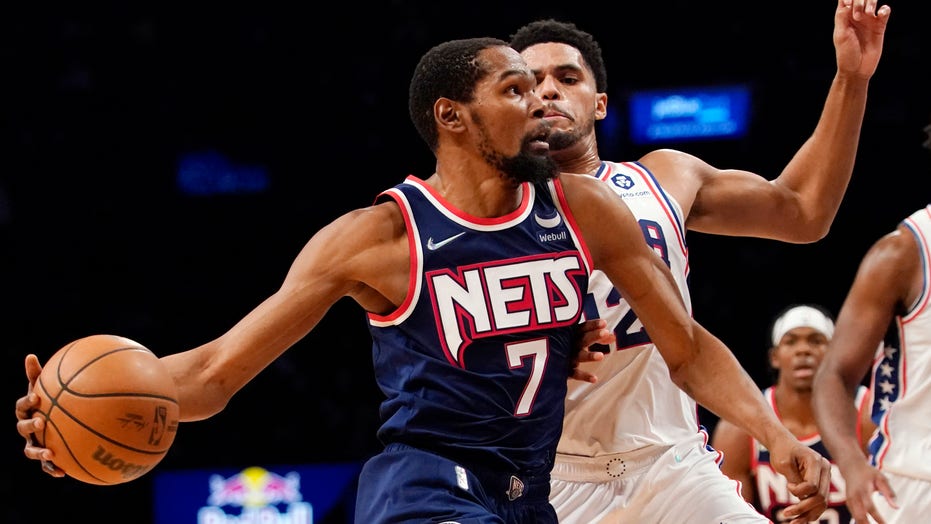 The NBA on Wednesday called off the next game for both the Toronto Raptors and the Brooklyn Nets due to COVID-19 issues, after determining that neither team has the minimum eight players necessary to start a contest.

Toronto's game at Chicago scheduled for Wednesday was postponed, as was Brooklyn's game at Portland on Thursday.

The moves raise the total number of postponements this season in the NBA to nine because of virus-related reasons, including three consecutive Nets games that have needed to be rescheduled.

Brooklyn's next possible game would be Saturday, part of the NBA's five-game Christmas slate, with the Nets scheduled to visit the Los Angeles Lakers. But with what is believed to be a league-high 10 players in the health and safety protocols, a list that includes Kevin Durant, James Harden and — even though he has yet to play this season — Kyrie Irving, it certainly would seem like that game may be in jeopardy.

"Obviously, teams around the league are really severely getting impacted and games are getting postponed," Miami guard Duncan Robinson said. "It's kind of unsurprising, in that this is the chaos that we've kind of come to expect over this last, whatever it's been, year-and-a-half or something like that."

The Christmas schedule may, at minimum, be missing much of its star power from a player perspective. Among those scheduled to play on Saturday and listed out for games on Wednesday were Milwaukee's Giannis Antetokounmpo and Atlanta's Trae Young; the Bucks have three players in the protocols and the Hawks increased their protocols list to five by adding Lou Williams and Timothe Luwawu-Cabarrot.

Boston, scheduled to play Milwaukee on Christmas, had seven players listed as out for Wednesday's game with Cleveland because of protocols — one fewer than the Cavaliers, whose list is now at eight.

There had been six games on Wednesday's schedule, including Raptors-Bulls. For those games alone, at least 48 players were ruled out because of virus-related issues.

The league entered Wednesday with 84 players from 20 teams known to be in the protocols, a figure that fluctuates almost on an hourly basis. But the NBA has no plans to pause the season, Commissioner Adam Silver said earlier this week in an interview with ESPN.

If the Nets-Lakers game ends up postponed as well, the NBA is reserving the right to move another game into that 8 p.m. Eastern time slot to accommodate ABC's needs. The league told the 10 teams with games scheduled on Christmas that shifting some starting times is a possibility and that the priority is filling ABC's 2:30 p.m., 5 p.m. and 8 p.m. game slots.

For now, those games, in order, would have Boston at Milwaukee, Golden State at Phoenix and Brooklyn at the Lakers.