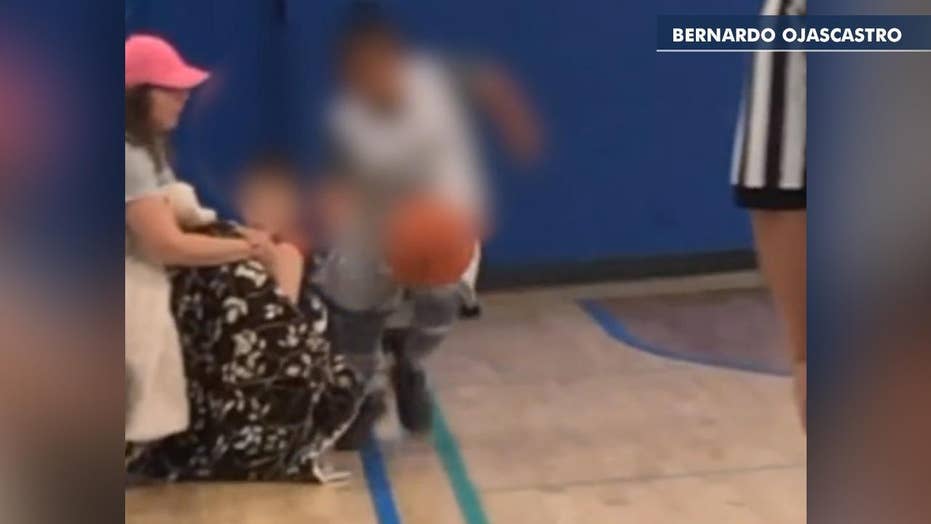 Video shows a woman sitting courtside appear to stick her foot out while a 9-year-old player dribbles past her.

Stunning video from a California youth basketball game Saturday appeared to show a mother trip a child of the opposing team while the boy was dribbling up the court.

The boy was part of the Cornerstone Basketball Academy’s 10-and-under team, Eugene Solano, the team’s director, told KXTL-TV. The team was playing in the Hardwood Palace tournament in Rocklin against the Folsom Elite Basketball Academy. Solano said players told him about the alleged trip.

“One of the kids during one of the timeouts had said, ‘Hey coach, there's a parent on the sideline, it's a woman, you know, I think she's wearing a pink hat,’ pretty specific. ‘And she’s telling their kids to elbow us in the face,’” Solano told KXTL-TV.

Footage showed the 9-year-old boy dribbling up the court and the woman in the pink hat stick out her foot while he dribbles past her. The woman wasn’t immediately identified.

The Folsom Basketball Academy released a statement on the incident.

“We have been made aware of the video and we have addressed the situation with the parent involved directly,” the statement read. “It is our policy to manage all disciplinary matters in a way that is effective and productive so we can eliminate incidents in the future but this is an internal club matter and out of respect for the privacy of the people involved we will not be commenting any further.”

The Hardwood Palace general manager said the woman was asked not to return to the tournament, according to the station.