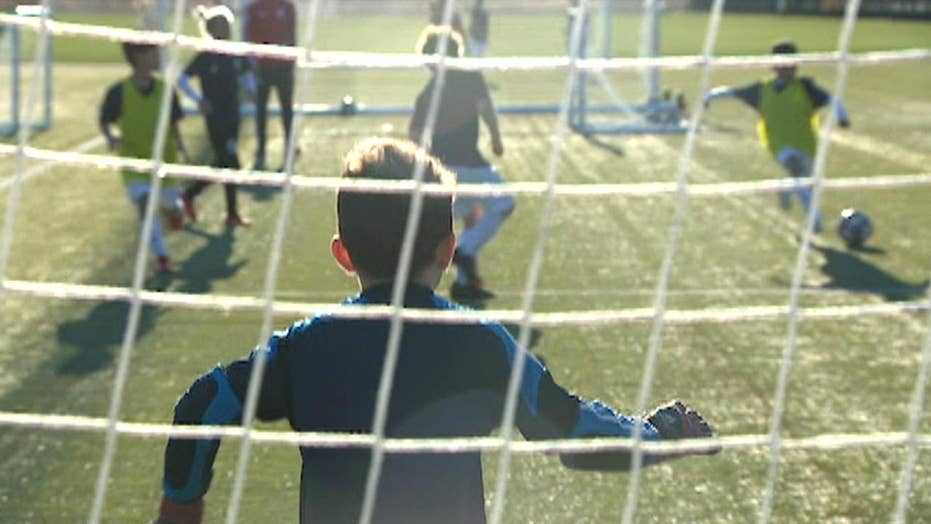 From travel commitments to coaches' salaries and equipment, the chance for kids to play can often come at an exorbitant cost; insight from Dr. Travis Dorsch, assistant professor at Utah State University and founding director of the Families in Sport Lab.

NEW YORK CITY — Maynor Palacios was wandering the sports fields of Randall’s Island in New York City when a kindhearted coach invited him to kick around the ball with young players from a competitive, privately-run soccer club. Not long thereafter, in July 2018, Maynor — the 14-year-old son of Honduran immigrants — helped lead that team to victory at the U.S. Club Soccer National Championships in Colorado.

The opportunity to play might never have been possible if not for scholarship money from Stars Premiere, the advanced program of Super Soccer Stars, the largest corporately-run youth soccer program in the country.

Maynor’s story underscores a harsh reality: Youth sports is a multi-billion dollar industry in the U.S. and not every kid has the chance to participate.

“My mom didn’t have that much money,” Maynor said in an interview with Fox News. “If I didn’t get accepted for that team, then I was not going to be playing soccer.”

The costs of year-round training programs, travel, equipment, facility and coaching fees have turned youth sports into a $17 billion-a-year industry, according to WinterGreen Research, a market research firm that tracks the industry. A 2016 TD Ameritrade study reported that two out of 10 families are spending $1,000 per month on elite youth sports.

At the Time 100 gala, the gold medalist and World Cup winner Alex Morgan opened up about having Hollywood support her and her teammates.

“In doing that, it’s raised the cost of participation,” Jervis told Fox News. “Kids from lower-income areas don’t always have the accessibility to the best facilities, to the best coaches and programs across all sports.”

Under programs created by the Red Bulls, boys and girls as young as 10 have the chance to play soccer free of charge. The organization’s Open Soccer Program, for instance, serves underprivileged children whose families cannot afford the costly fees of privately-run clubs and programs.

“Each year we’ll identify 10 to 12 locations where we’ll provide free training, scholarships, and we’ll go into those communities and run soccer camps,” said Jervis. “It’s very rewarding for us and for those kids.”

Examining the dangers of pushing youth sports to the extreme

More and more little league players are getting injuries that were once only seen in the professional ranks. Dr. Tommy John explains the alarming trend on 'FOX &amp; Friends.'

“Do you always need to spend 3, 4, $5,000 for your child to play at the elite level? I think the answer is ‘no.’” he said. “I think when families spend more on the sport, it can increase the pressure on the kid to perform and get the results.”

In San Diego, Calif., where year-round sports programs are common, Dr. Tommy John, a sports chiropractor, said parents will sacrifice everything — including selling a home or dipping into retirement funds — to afford elite training for their children.

“I’ve heard of families changing cities,” John said. “I’ve heard of polls being taken on Facebook, like, ‘What’s the best baseball cities? Trying to look to where to relocate my 8-year-old.’”

“The financial burden is ridiculous,” he said. “And it absolutely creates an inequality where kids are being run out. They don’t have Little League options. They don’t have a basketball option because it costs six grand to participate.”

A 2016 Families in Sport Lab study found that parents reported spending between 2 to 10 percent of their family’s gross annual household income on athletic activities, per child.

“You think about families maybe that have two or three or even four children participating at the same time and this can get pricey real quick,” said Travis Dorsch, assistant professor at Utah State University and founding director of the Families in Sport Lab.

Dorsch also noted a 2016 poll from the National Alliance for Youth Sports that found that roughly 70 percent of children stop playing organized sports by age 13.

“It’s burnout, plain and simple,” added John, noting that only 2 percent of children will go on to play sports on the collegiate level.

“The answer to all of this starts in the home,” he said. “Parents are spending an exorbitant amount of money for kids to specialize early in one sport.”

“It’s too much money and too much pressure on a kid,” he said. “We need to be reminded that this is not the pros.”