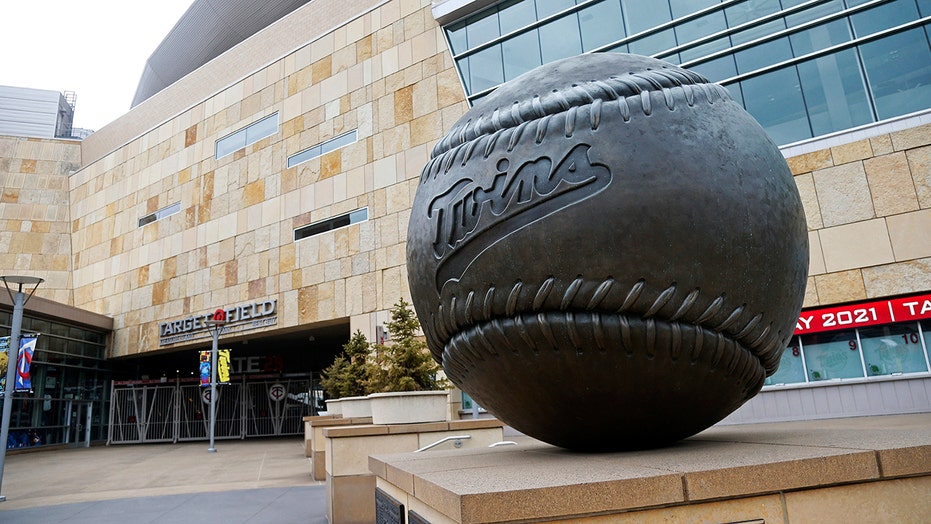 Major League Baseball Commissioner Rob Manfred expressed optimism about a return date Wednesday – one day before Opening Day was set to begin but was delayed because of the coronavirus outbreak.

Manfred spoke to ESPN’s Scott Van Pelt about when fans can expect to see some baseball again.

“Look, my optimistic outlook is that at some point in May, we'll be gearing back up. We'll have to make a determination, depending what the precise date is, as to how much of a preparation period we need.”

Manfred didn’t give a specific date. In all likelihood, it means that baseball would resume spring training before starting to play regular-season games. He lamented that there probably won’t be a 162-game season.

A giant baseball sculpture sits outside Target Field, home of the Minnesota Twins baseball team, Wednesday, March 25, 2020 in Minneapolis. Though the Twins would open on the road, the start of the regular season is indefinitely on hold because of the coronavirus pandemic. (AP Photo/Jim Mone)

“I think the goal would be to get as many regular-season games as possible and think creatively about how we can accomplish that goal,” he said. “We're probably not gonna be able to do [an entire 162-game season].”

He suggested the league could break away from musty traditions and “experiment” to make the game as entertaining as possible.

METS' NOAH SYNDERGAARD TO HAVE TOMMY JOHN SURGERY, WILL BE OUT UNTIL 2021

While Manfred didn’t get into specifics, one Toronto Blue Jays official came up with an idea to shorten games to seven innings and play more doubleheaders.

Blue Jays general manager Scott Atkins came up with the idea. If teams played an average of nine games a week, a 162-game season could get done in 18 weeks – eight fewer than usual. MLB could then start as late as July to pick things up again and run the regular-season through October.

The exterior of Dodgers Stadium, home of the Los Angeles Dodgers is seen Wednesday, March 25, 2020, in Los Angeles. There will be empty ballparks on what was supposed to be Major League Baseball's opening day, with the start of the Major League Baseball regular season indefinitely on hold because of the coronavirus pandemic. (AP Photo/Marcio Jose Sanchez)

“You’re not playing the game that is written in the rule books,” Atkins said. “It’s not the regulation game, it’s a different game. Bullpens and teams are built in a way to play nine innings. I’m sure there are people that would challenge that and I’m not so sure it’s something we should do.”

Atkins said baseball could take a collaborative approach to find a solution to the new schedule once baseball does return.