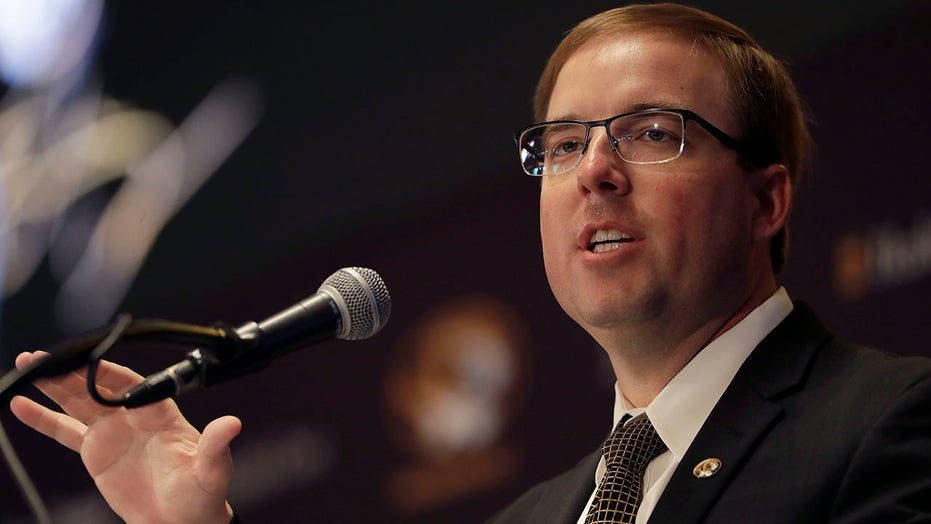 Ryan Walters had just arrived at the University of Missouri to coach safeties for the football program when a series of protests related to racial injustice led to the resignations of the system president and the chancellor of its flagship campus.

The student-led movement five years ago, which included hunger strikes and a threat by football players to boycott the season, captured the public's attention. News crews descended on Columbia to document the protests, and filmmaker Spike Lee later turned the months-long effort to affect change on campus into a documentary called “2 Fists Up.”

Now, members of the football team are again leading an effort to address issues of race and discrimination. But that is where the comparisons to 2015 end, insisted Walters, who is now the defensive coordinator for new coach Eli Drinkwitz.

“It's a different issue. Different people, circumstances, everything," Walters said. “I don't know if this is necessarily an athletes-student-empowerment deal so much as everybody has a voice across the country. When there are things that are wrong, people are seeing they have the freedom to voice their opinion. That's what you're seeing.”

It was easily visible when members of the football program decided last week to march from The Columns on campus to downtown Columbia. The idea came from sophomore safety Martez Manuel. It quickly gained the support of Drinkwitz and Walters, and eventually just about every member of the football team — back on campus after the coronavirus pandemic shut things down months ago — joined in a march that culminated at the courthouse.

Once at the courthouse, the group locked arms and knelt for 8 minutes, 46 seconds to recognize the amount of time that Minneapolis police officer Derek Chauvin had his knee on the neck of George Floyd, the black man who died after pleading that he could not breathe. Then about 60 members of the group headed inside and registered to vote.

“It's not us versus them. It's all of us versus racism,” said Drinkwitz, who was hired from Appalachian State last fall to replace Barry Odom and has championed a “NewZou” branding. “This is not a situation where it's a ‘them’ thing, it's an ‘us’ thing. By us participating in the walk, we're all behind the fact that we're committed to equality.”

Despite appearing in only a handful of games as a freshman, Manuel felt a certain obligation to lead the effort. Manuel grew up in Columbia, graduated from Rock Bridge High School and chose to attend his hometown school over scholarship offers from Iowa State, Michigan State and a handful of other major universities.

He was in the eighth grade when the 2015 protests occurred and doesn't remember much about them, but Manuel has always been a believer in helping out. He's been on mission trips to Jamaica and elsewhere, and his work in local veterans' and retirement homes have drawn praise from those within and outside the program.

“I feel like it's really important for youth to get involved. We're warriors and tweet about stuff but if we're not doing the biggest thing we can to make a change, what are we doing?” Manuel said. “Especially in a city like Columbia, I'm pretty known here — I have connections in the police department, in the newspaper. I can help in my community and play a bigger role. People can come to me and I can say something.”

Walters doesn't know whether other marches or demonstrations will happen, though he expects the football program to make sure players have time to cast ballots in November. But he also wants to make sure that the push toward diversity and inclusion doesn't end with a single march downtown while campus is largely devoid of students.

“Obviously diversity is huge,” he said, “but what's been particularly important about this point in time is you're not just hearing from the black community. You see these protests, it's not just filled with black people. There's a lot of white people out there. That's what has been different this time. Everybody is seeing this as a human rights issue. The attention and unity within races is what is being pushed forward and that's how change happens.”