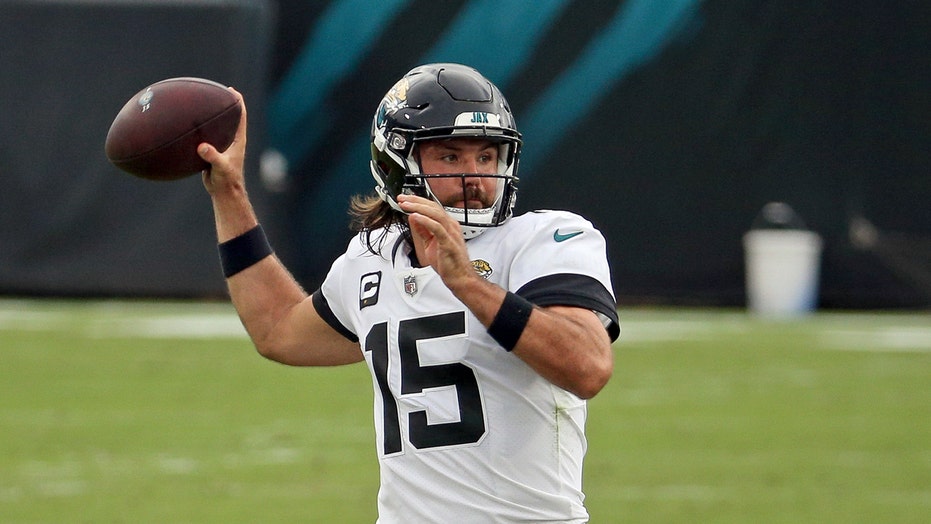 Minshew Mania is back and maybe better than before.

Gardner Minshew threw three touchdown passes, including a 22-yarder to Keelan Cole in the fourth quarter, and Jacksonville stunned Indianapolis and Philip Rivers 27-20 in their season opener Sunday.

The Jaguars entered Week 1 as the NFL’s biggest home underdogs, with talk of tanking being the most prevalent preseason topic surrounding the revamped team. The tempered expectations may have contributed to the team only being able to distribute about 14,000 tickets for the league’s lone game played with fans in the stands Sunday.

Minshew gave the sparse crowd plenty to celebrate. The second-year pro completed 19 of 20 passes for 173 yards and no turnovers. He connected with DJ Chark, rookie Laviska Shenault and Cole for scores — and looked sharp all day.

Undrafted rookie running back James Robinson accounted for 90 yards, including 62 on the ground.

Jacksonville’s defense turned in several big plays, none more important than Andrew Wingard’s interception with less than five minutes remaining. That set up Josh Lambo’s second field goal and gave the Jags a little cushion down the stretch.

The Colts have themselves to blame for the loss. Coach Frank Reich went for it on fourth down from the 3-yard line early and failed to get points. Rookie kicker Rodrigo Blankenship hit the left upright from 30 yards out, another missed opportunity.

And Rivers looked solid at times, but also had some questionable throws with his new team.

The longtime Chargers star had tormented the Jaguars over the years, winning seven of his last eight starts against them and topping 30 points six times.

He had a chance to tie the game late, but rookie cornerback CJ Henderson knocked down his fourth-down pass to T.Y. Hilton.

Rivers completed 36 of 46 passes for 363 yards, with a touchdown and two interceptions. He entered the game with 20 TD passes and just one interception against Jacksonville since 2010.

Colts running back Marlon Mack left the game with an ankle injury and was later ruled out. He was able to limp off the field under his own power but ended up in the locker room for tests. Losing him would be a huge blow, although Indy drafted Wisconsin star Jonathan Taylor in the second round.

He became the first undrafted rookie running back in 30 years to start in Week 1. Several undrafted rookie fullbacks have started openers over the years. But the feat has been much rarer for tailbacks. Tampa Bay’s Bruce Perkins and Seattle’s Derek Loville were the last to do it, getting Week 1 nods in 1990.

Washington’s Ralph Nelson held the previous high for rushing yards by an undrafted rookie in Week 1, gaining 44 yards against New Orleans on Sept. 21, 1975.

Jaguars: Play AFC South foe Tennessee next Sunday. Jacksonville has dropped six in a row in Nashville, losing those by a combined 67 points.