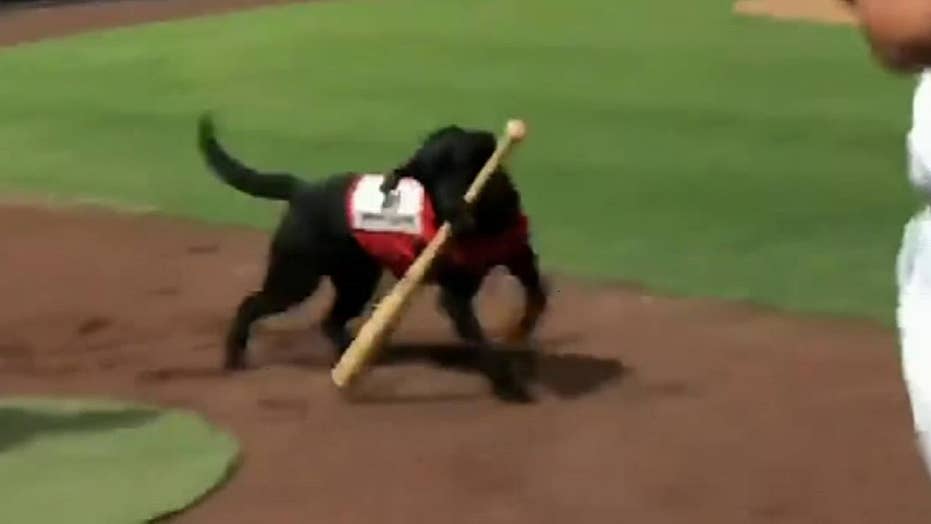 Raw video: Umpire booed after not letting team's bat dog do his job

Baseball fans at the Las Vegas Ballpark joined in a chorus of boos Tuesday after a minor league umpire appeared to not let the team's bat dog do his job – collect bats.

Finn the Bat Dog, the Aviators' baseball bat-collecting canine, was seen running to home plate to retrieve a leftover bat. However, the home plate umpire beat the dog to it and tossed the bat aside. Finn, being a good boy (a very good boy), fetched the bat anyway.

The crowd jeered the umpire's error, erupting in loud, prolonged booing. The yells could be heard as Finn grabbed the bat and returned it to the dugout in a moment that was shared on dog’s Twitter page.

“Might be the loudest boo in the history of umpire’s. I still love you guys though!” the tweet read. The pup’s social media account shares many moments of his life including his off days and the numerous tricks he can do (because, as we said, he's a very good boy).

There are other bat dogs who work in the league. New Jersey’s Trenton Thunder has a (second generation!) bat dog named Rookie, and Riders Brooks is the Frisco RoughRiders' team dog.