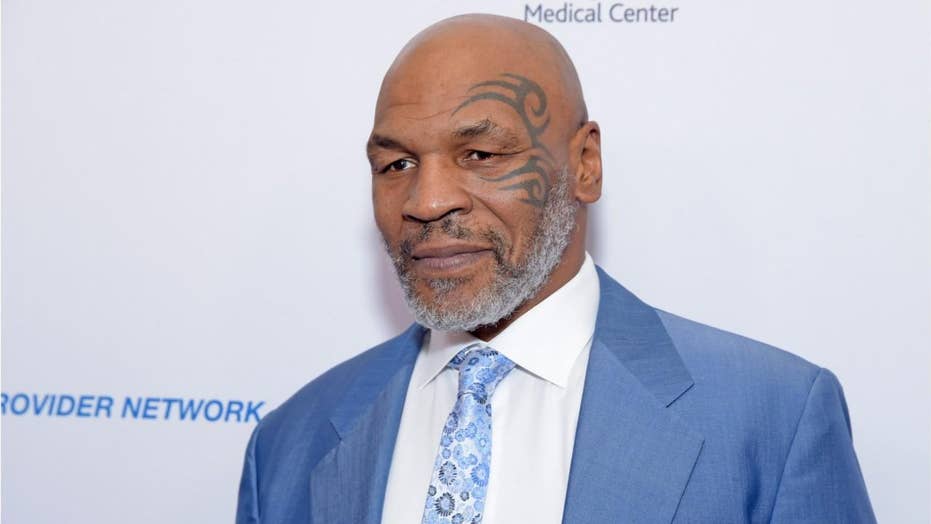 Mike Tyson says he smokes $40,000 worth of pot each month

Mike Tyson says he smokes $40,000 worth of pot each month in addition to owning a 40 acre ranch full of marijuana.

Former heavyweight champion Mike Tyson this week said he and his podcast co-host smoke around $40,000 worth in pot each month on his California ranch where he grows cannabis.

“We smoke ten tons of weed on the ranch a month,”  Eben Britton,  his “Hotboxin’ with Mike Tyson" co-host added, according to Yahoo Finance.

MIKE TYSON: I WOULDN’T LET MICHAEL JACKSON HANG OUT WITH MY CHILD

The former boxer broke ground in California earlier this year on a 40-acre ranch.

Tyson added that his ranch sells around $500,000 in cannabis to dispensaries in California and Nevada each month.

He has been involved in the pot industry since after his last fight in 2005, Yahoo reported.

Tyson’s meteoric rise to the pinnacle of boxing and stunning fall from grace was legendary.

Tyson suffered an eighth-round knockout in an unsuccessful title bid against Lennox Lewis and retired in 2005 with a 50-6-2 record with 44 knockouts. He was released from prison in 1995 after serving three years following his conviction of raping a beauty pageant contestant.