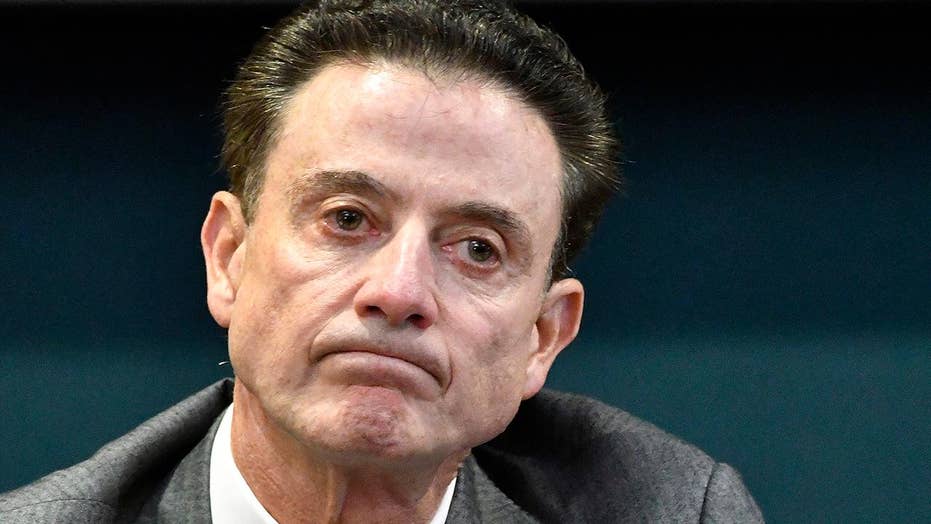 University of Louisville men's basketball coach Rick Pitino and athletic director Tom Jurich were placed on administrative leave on Wednesday amid an FBI probe that ensnared an assistant coach, the university announced.

Steve Pence, Pitino’s attorney, told the Courier-Journal the basketball coach was "effectively fired.” Pitino’s contract requires 10 days’ notice before Pitino is fired to allow “an opportunity to be heard." University of Louisville interim president Greg Postel announced at a news conference that Pitino’s position at the school “will be reviewed at a later date” and he was officially on unpaid administrative leave.

An interim head coach is expected to be announced later this week.

Jurich was placed on paid administrative leave in the wake of the corruption probe. A board of trustees will review his position at the university.

“Doing nothing would be a tacit endorsement of unethical and criminal behavior,” Postel said. "While this may be a dark day for the University of Louisville, better days are ahead.”

Postel told reporters he was more "angry" than embarrassed about the scandal.

Pitino and Jurich were not at the news conference. No charges have been filed against the university or any employees.

An unidentified student-athlete was also suspended from all activities on the team. Postel refused to reveal the student’s name, adding that no names were provided in the criminal complaint and it would be inappropriate for the school to release that information.

Pitino's exit comes after the school acknowledged Tuesday that the men's program was part of a federal investigation into alleged bribery of recruits. The 65-year-old coach was not named in the indictment that resulted in the arrest of 10 people including four assistant coaches at other schools and an Adidas executive.

It is the latest black eye for the Cardinals program. Pitino and Louisville are in the middle of appealing NCAA sanctions following an embarrassing sex scandal.