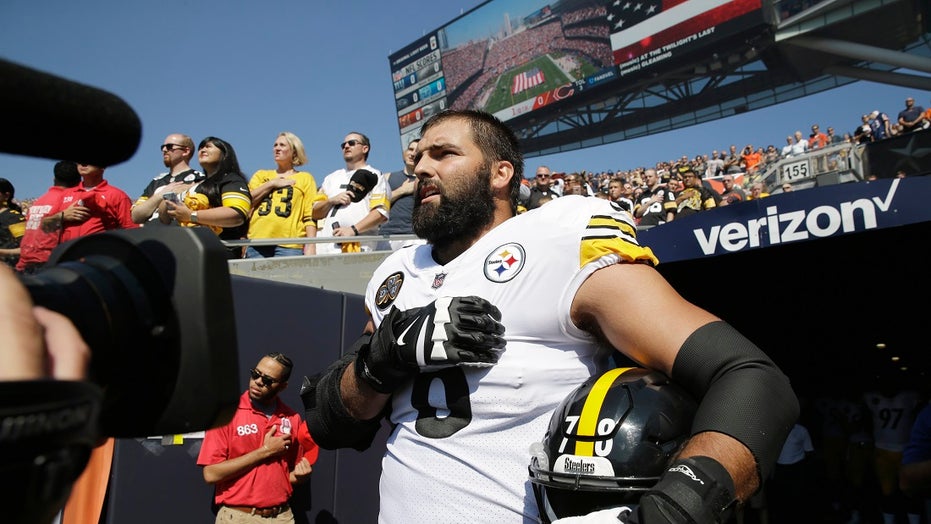 A former NFL offensive lineman came to the defense of Pittsburgh Steelers center Alejandro Villanueva after a miscommunication was reported between the player and team captains.

Villanueva honored Army Sgt. 1st Class Alwyn Cashe during Monday night’s game, breaking with the rest of the team, who honored Antwon Rose Jr. – a 17-year-old Black teen who was shot and killed by a Pittsburgh police officer. Cam Heyward and Ben Roethlisberger told reporters they were “surprised” by Villanueva’s decision.

Marcus Gilbert, who was Villanueva’s teammate on the Steelers from 2014 to 2018, tweeted Thursday more people need to come to offensive lineman’s defense.

“I’d be disappointed if guys don’t come out to defend Alejandro Villanueva. The mob is constantly working to divide our country with their false narratives...Have to stand up to these people. Al is one of my all-time favorite teammates, a veteran, a great person and a great friend,” Gilbert tweeted.

Villanueva is a former captain in the U.S. Army who served three tours in Afghanistan and became an Army Ranger before joining the NFL in 2014.

Steelers coach Mike Tomlin said Villanueva discussed his plan with him and that he supported his players no matter how they chose to express themselves, according to ESPN.