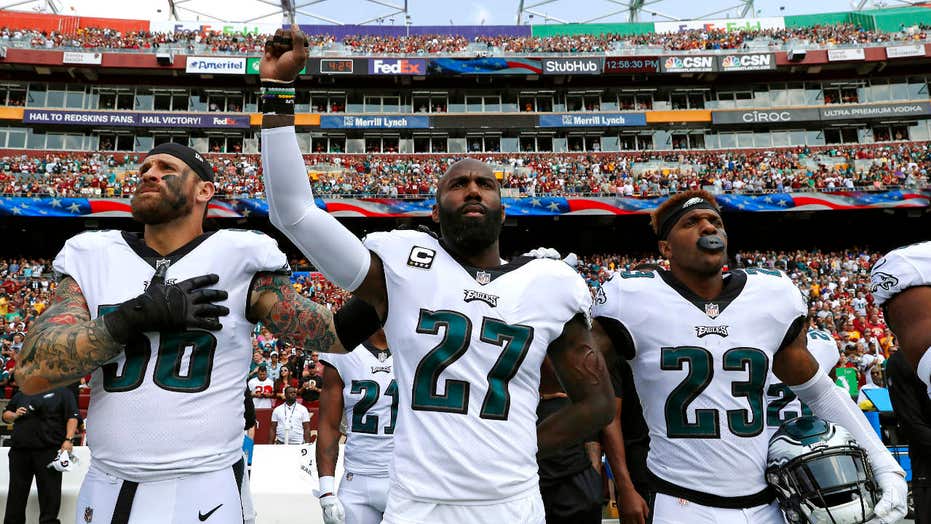 New Orleans Saints quarterback Drew Brees continues to stand against players kneeling during the national anthem when the season starts, and on Wednesday he told Yahoo Finance that he would never agree with the gesture.

Brees reiterated his stance later to ESPN saying that he also respects his teammates and their fight for "racial equality and justice", but he has received a lot of backlash about his comments, and the latest to speak out about them is his current teammate Malcolm Jenkins.

Jenkins, once a Super Bowl champion with the Philadelphia Eagles, posted an emotional video to Twitter talking about the Saints quarterback’s comments.

“Drew Brees, if you don’t understand how hurtful, how insensitive your comments are, you’re a part of the problem,” Jenkins said. “... The first thing that you do is criticize one’s peaceful protest? That was years ago when we were trying to signal a sign for help, and signal for our allies and our white brothers and sisters, the people that we consider to be friends to get involved. It was ignored.

“And here we are now, with the world on fire, and you still continue to first criticize how we peacefully protest because it doesn’t fit in what you do and your beliefs? Without ever acknowledging that the fact a man was murdered at the hands of police in front of us all. And that has been continuing for centuries… Even though we are teammates, I can’t let this slide.”

Brees’ teammate and wide receiver Michael Thomas was another of the many athletes who reacted.