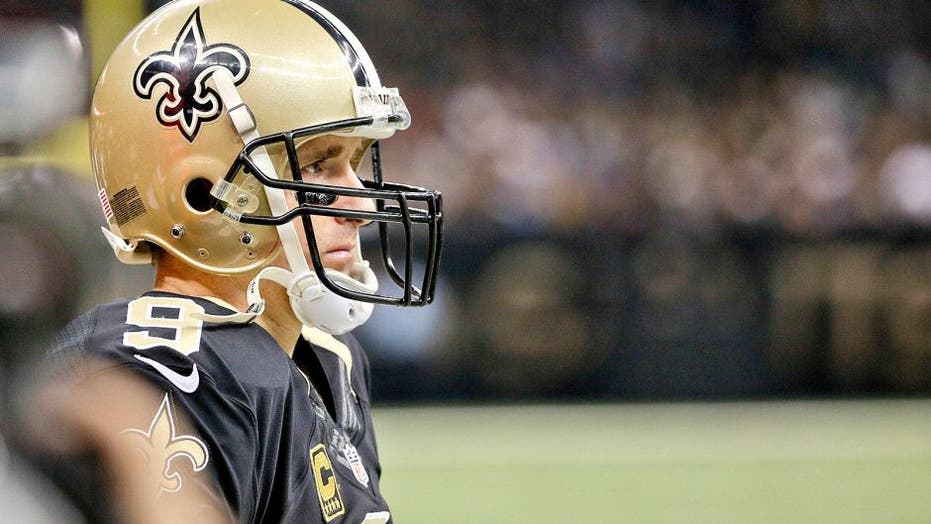 New Orleans Saints quarterback Drew Brees continues to stand against players kneeling during the national anthem when the season starts, and on Wednesday he told Yahoo Finance that he would never agree with the gesture.

After receiving backlash about his comments, Brees reiterated his stance later to ESPN saying that he also respects his teammates and their fight for "racial equality and justice."

Brees’ teammate Michael Thomas was one of the many athletes who reacted to the future Hall of Fame quarterback’s comments.

Former Saints teammates Kenny Vaccaro responded to Thomas on Twitter by saying, "That one hurt bro."

James said:  "WOW MAN!! Is it still surprising at this point. Sure isn’t! You literally still don’t understand why Kap was kneeling on one knee?? Has absolute nothing to do with the disrespect of and our soldiers(men and women) who keep our land free. My father-in-law was one of those."

Rodgers reacted on Instagram by saying, "It has NEVER been about an anthem. Not then. Not now. Listen with an open heart, let’s educate ourselves, and then turn word and thought into action.”

Here are more reactions from others: